6 films to fuel your adventure inspiration this winter...

The snow is falling hard and fast across the northern hemisphere and with it, we welcome another season of adventures. As always, our ambassadors and athletes have been hard at work delivering the good stuff, with a fresh batch of incredible films sure to inspire our community to get out and explore this winter. So to help keep you dialed for what’s to come, we bring you the SunGod Shortlist for Winter 21/22 - 6 of our favourite recently released and upcoming adventure films and our discussions with the masterminds behind them... 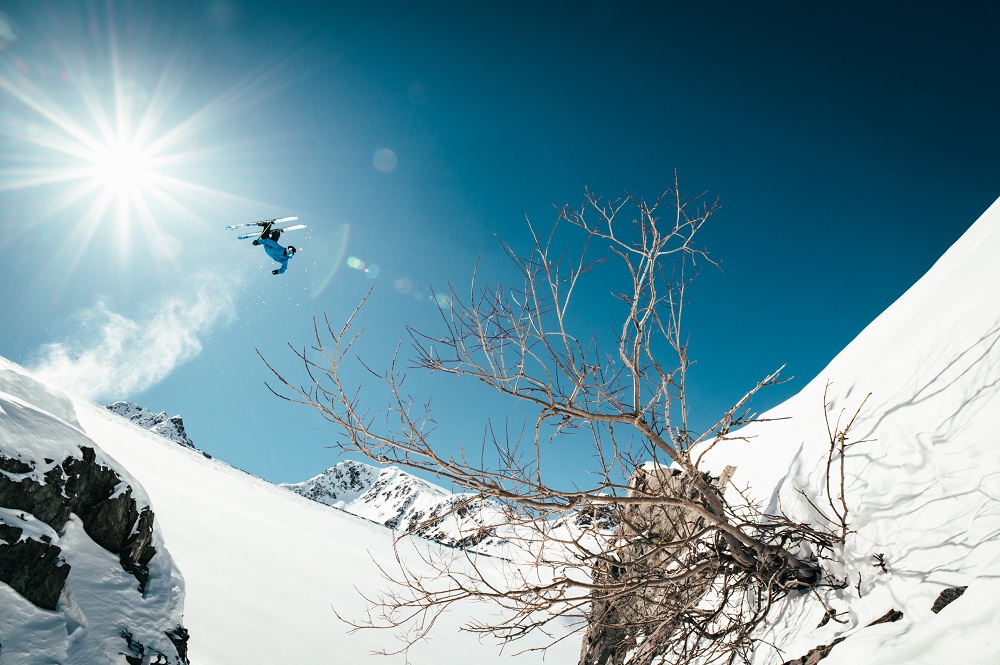 Na Vita de Nëi, or 'A Snow Life' isn’t your typical ski film, filled with adrenaline-fuelled cliff-hucking and huge sends. Instead, it encourages us to reflect on what really matters, drawing on the struggles of Covid, the power - and danger - of the mountains, and the simple pleasure of strapping on two skis with friends. “Social media is already so fake, and just talks about the hype, and the sick things - the huge drops, the crazy lines, pushing the boundaries of what skiers can do”, Ari says. After being involved in an avalanche rescue last season, Ari wanted her movie to strip it back to what’s real, and what really matters. Ultimately, Na Vita de Nëi is about what’s left, when you strip back all the hype. "It’s pretty simple - it’s friends and snow." 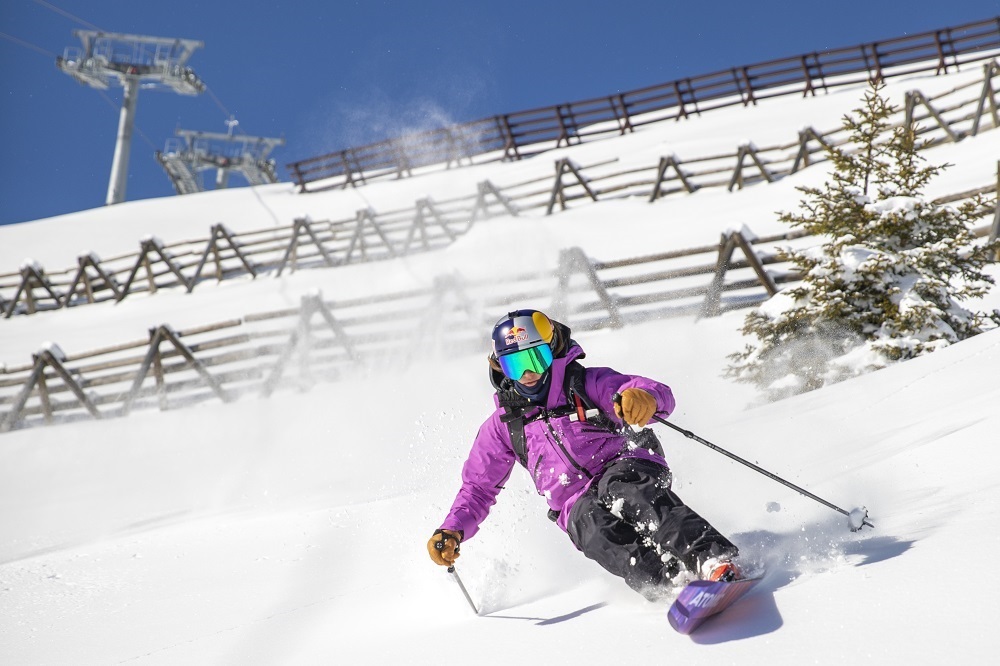 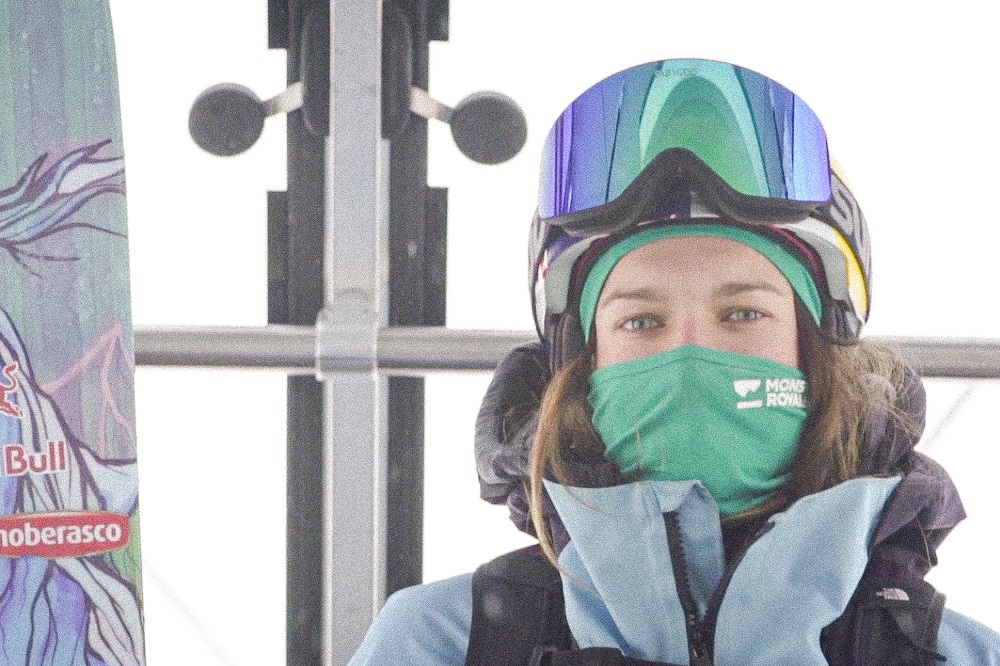 Na Vita de Nëi isn’t your typical ski film filled with adrenaline-fuelled cliff-hucking and huge sends. Instead, it encourages us to reflect on what really matters

By SunGod Ambassador Neil Williman and The Snowmads crew

The Tyrolean capital of Innsbruck is one of the biggest cities in the Alps and home to many of the team who make up the Snowmads crew. There's no question that it was an unusual season last year, traveling was difficult or impossible - a perfect winter to spend at home. So when SunGod Ambassador and Innsbruck local, Neil Williman, invited his fellow townspeople to join him in this movie project, a great crew of friends and Snowmads quickly gathered. “The most meaningful part of this project was how many new lines we found in close places,” Neil says. “Faces that could literally be walked or biked to from our homes, or chutes that were just a bit more hidden and took an extra day of scoping that we’d never spent on them before. Because in a ‘normal’ winter, we just looked at the snow report and jumped in the car bound for the deepest known spot.” Innsbruck Powder People explores the concept of backyard skiing and takes a playful yet poignant look into how our pursuit of powder is becoming detrimental to the planet.

Follow @ibkpowderpeople to watch the trailer and get all the latest updates on the online film drop. 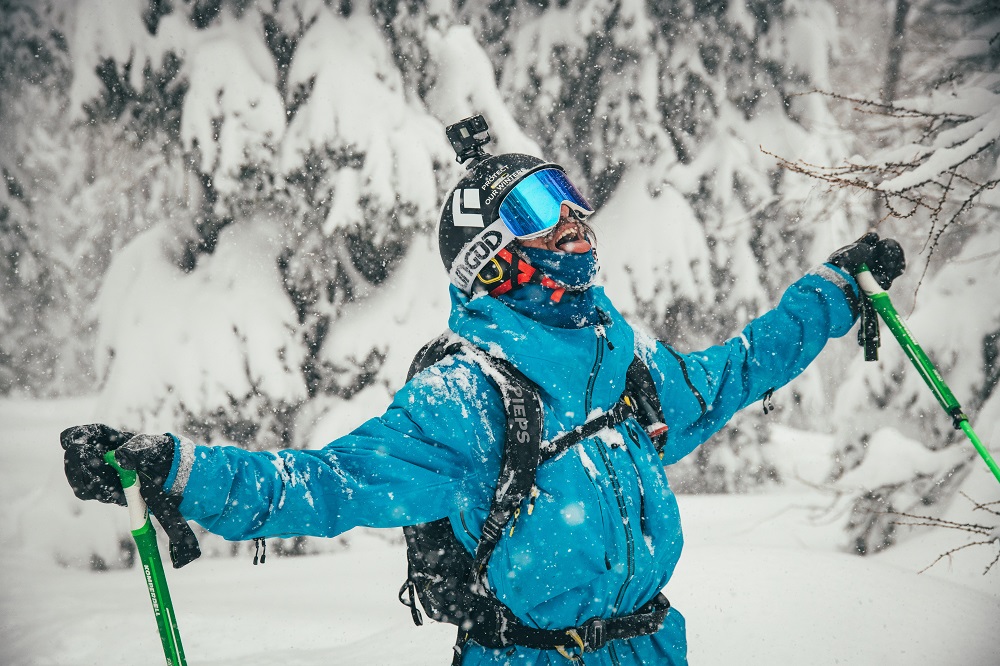 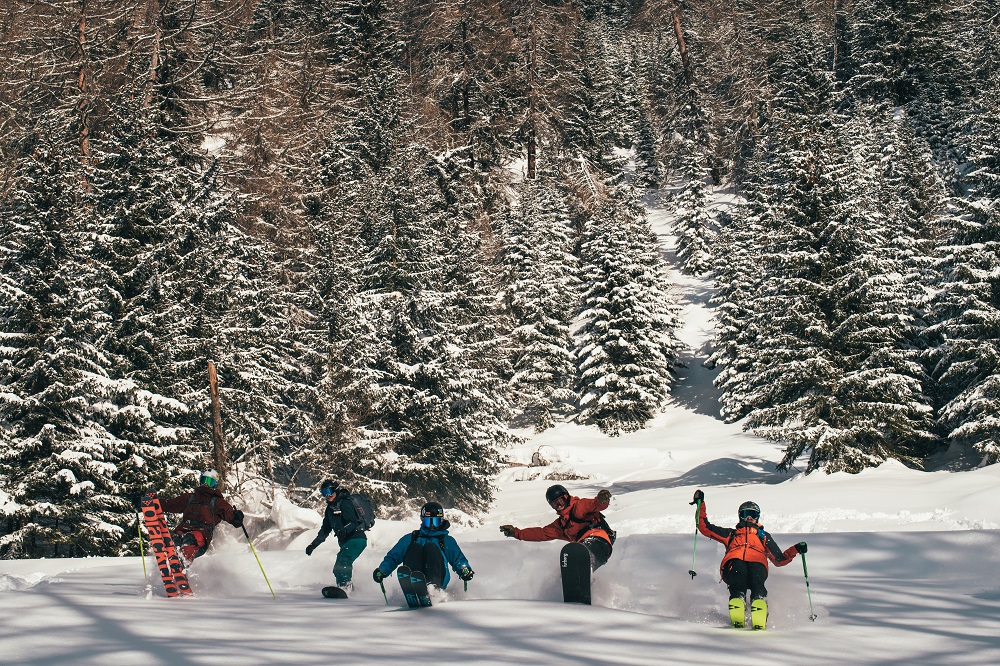 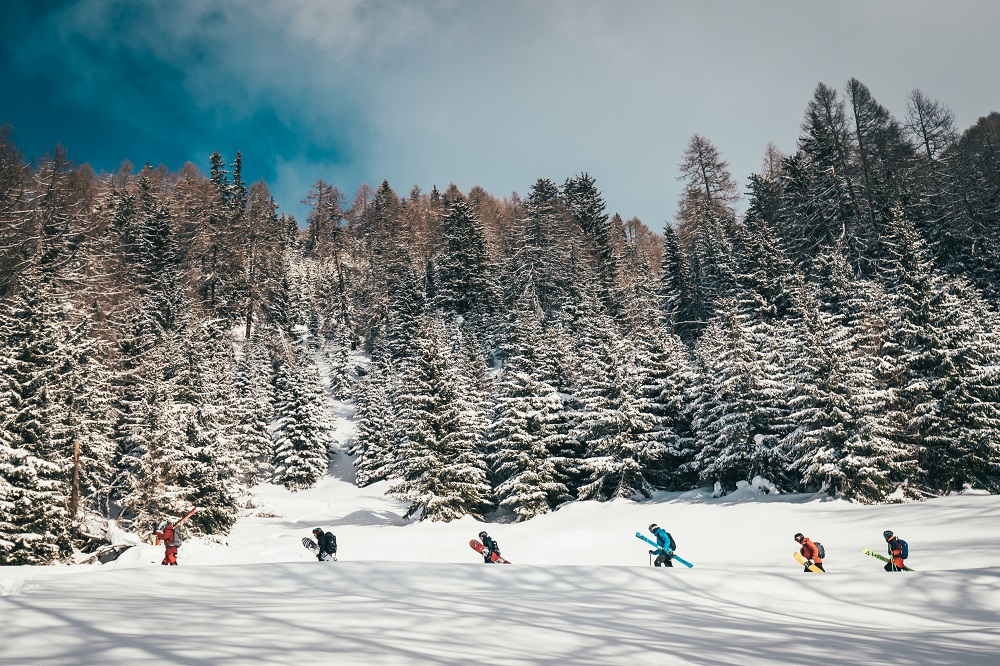 When good friends come together usually good things happen, and it was no different in this moviePhotos: @danielbearphotography

The Bec des Rosses has challenged the world's best freeriders for as long as most of us care to remember. Majestic and intimidating, the ‘Bec’, as it is known in Verbier, can be found on the bucket list of most freeriders around the world - SunGod Ambassador Sébastien Varlet is no exception. “I've wanted a slice of the Bec des Rosses action for so long now,” he says. “It's crazy to think that, after all the waiting, it always boils down to one run, and good or bad, it will stay with you for a long time. On this mountain, you're likely to either experience the worst crash of your career or the most incredible feeling you have ever felt when you reach the bottom. But, you'll never know until you have the courage to drop in…” Petit Bec forms part of Séb’s own series, Hunt Your Line, which follows him and his crew in scoping some of the world's greatest lines and riding them.

Watch Séb ski the Bec Des Rosses in Hunt Your Line #4 - Petit Bec over on YouTube. 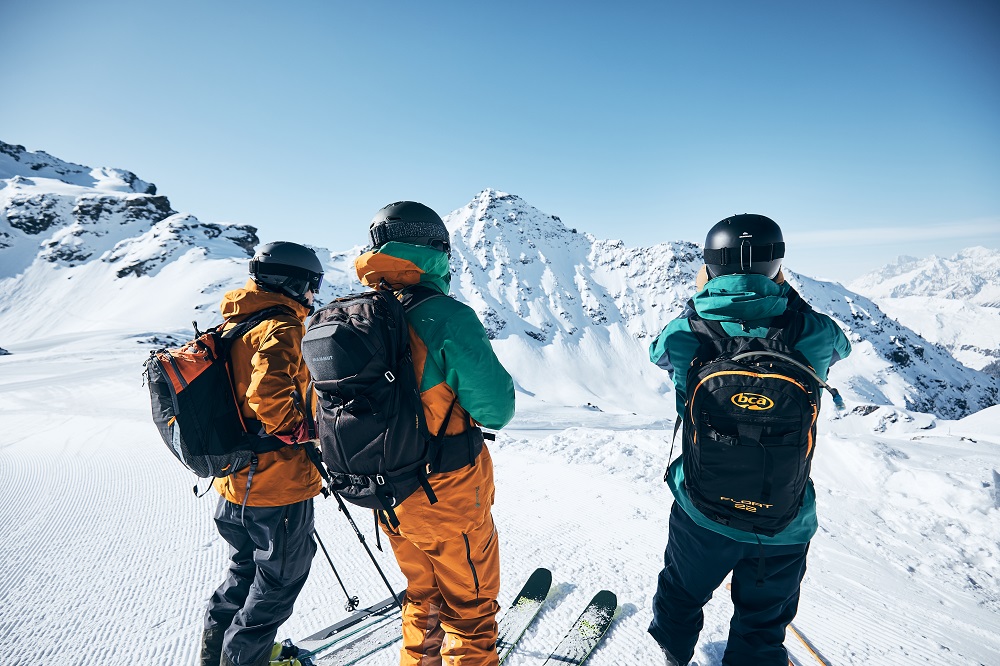 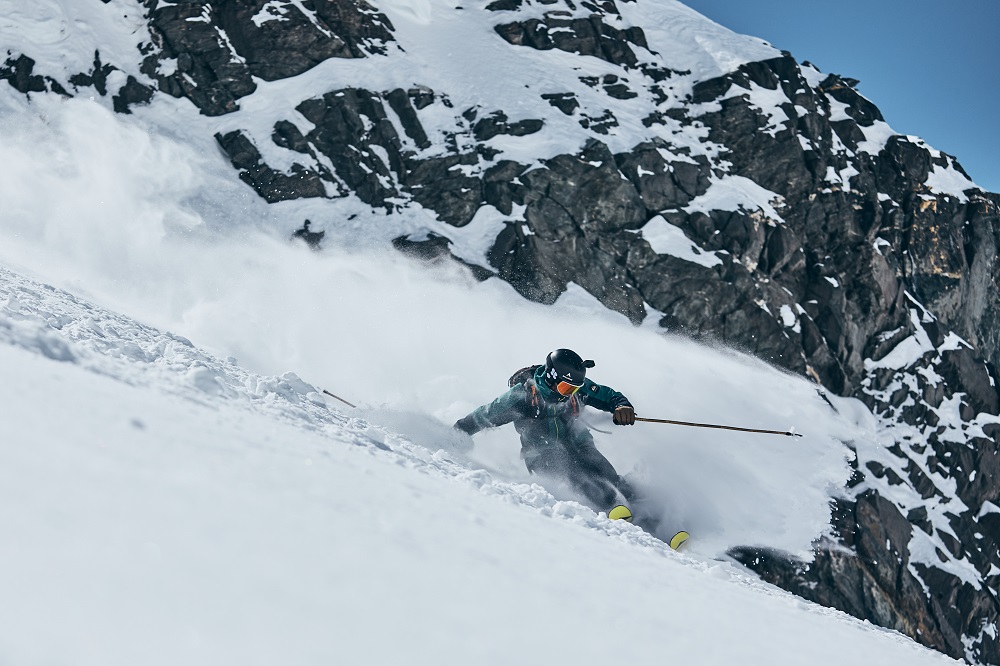 Petit Bec forms part of Séb’s own series, Hunt Your Line, which follows him and his crew in scoping some of the world's greatest lines and riding themPhotos: @maxime_rambaud

By SunGod Ambassador Will Kovacic

In the spring of 2021, Will and his crew from Big Mountain Media took a raft across the Squamish River and hiked 2600m of vertical to a winter camp in the Tantalus Range of coastal British Columbia, Canada. The objective was to freeride the infamous north-facing spine walls, from the ground up, with minimal emissions. “We had visited the range by helicopter 2 years prior and decided to do a similar trip on foot - coming from the valley bottom always makes the experience much richer,” Will explains. “A big focus of the trip was to do things in a sustainable way, reducing emissions wherever possible. It’s great to be able to show the world that it is possible to get out and do these massive expeditions and ski these types of lines on foot. We hope that watching this film inspires you to get out into the mountains and explore with your friends, because that’s what it's all about.”

Watch Into The Tantalus over on the Big Mountain Media YouTube channel. 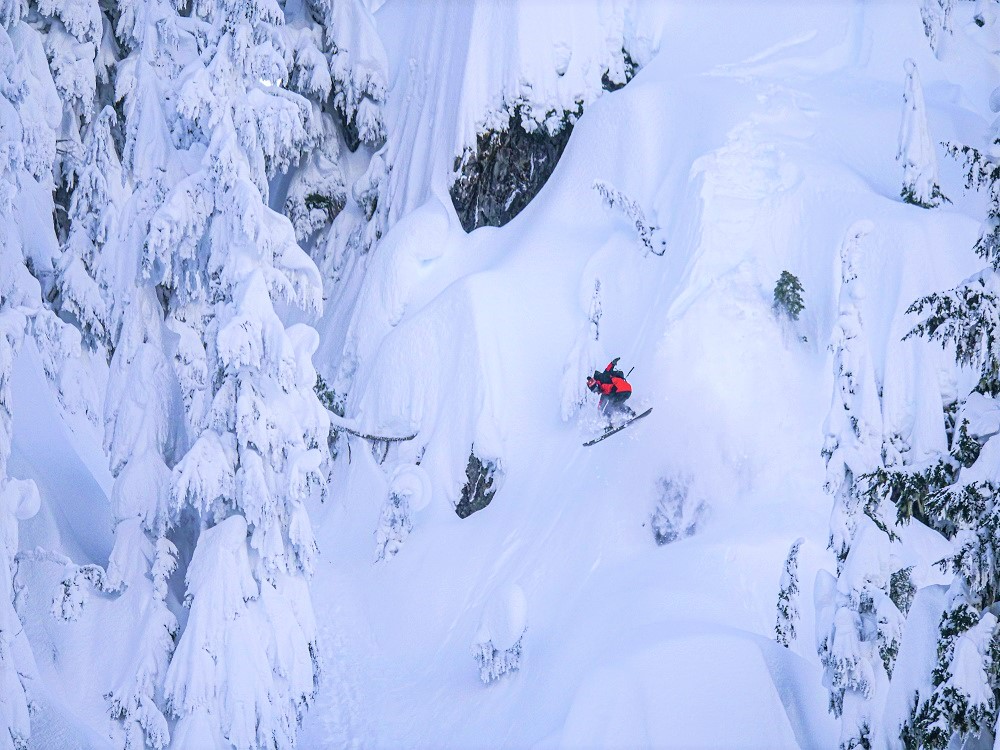 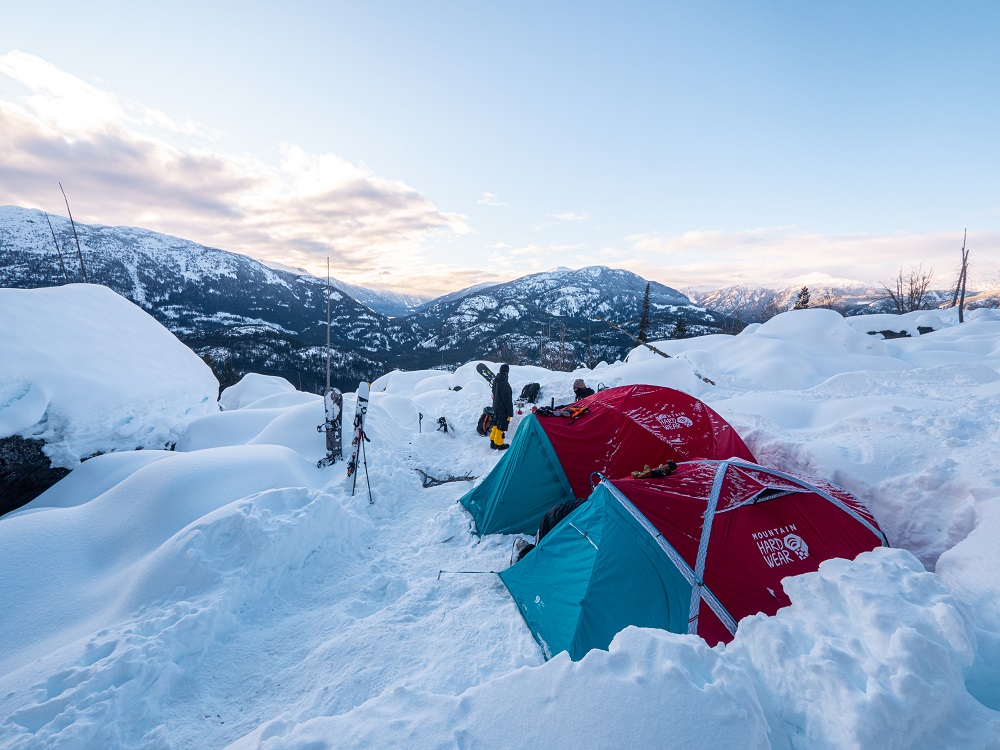 In this unique take on a snowboard movie, SunGod Ambassador Victor Heim playfully addresses the impact of humans on our mountain spaces. "This film explores the concept of how we morally justify invading our natural world, populated by rare animals and plants, just for the love of exploration and for the pursuit of our own happiness," Victor explains. Gerwentil is the historic name of the Karwendel Mountains - the largest protected area in Tyrol and the largest nature park in Austria. This formed the backdrop for the film which is about freeriding and the love that comes with it, but it's about so much more than that. "What freeriders so often forget about is that when they set off into the mountains in search of unknown terrain and new challenges, the mountains are watching and wondering why we disturb them so.” Packed full of powder slashing and playful riding in a stunning setting - Gerwentil is the full package, carrying a fun yet poignant message. 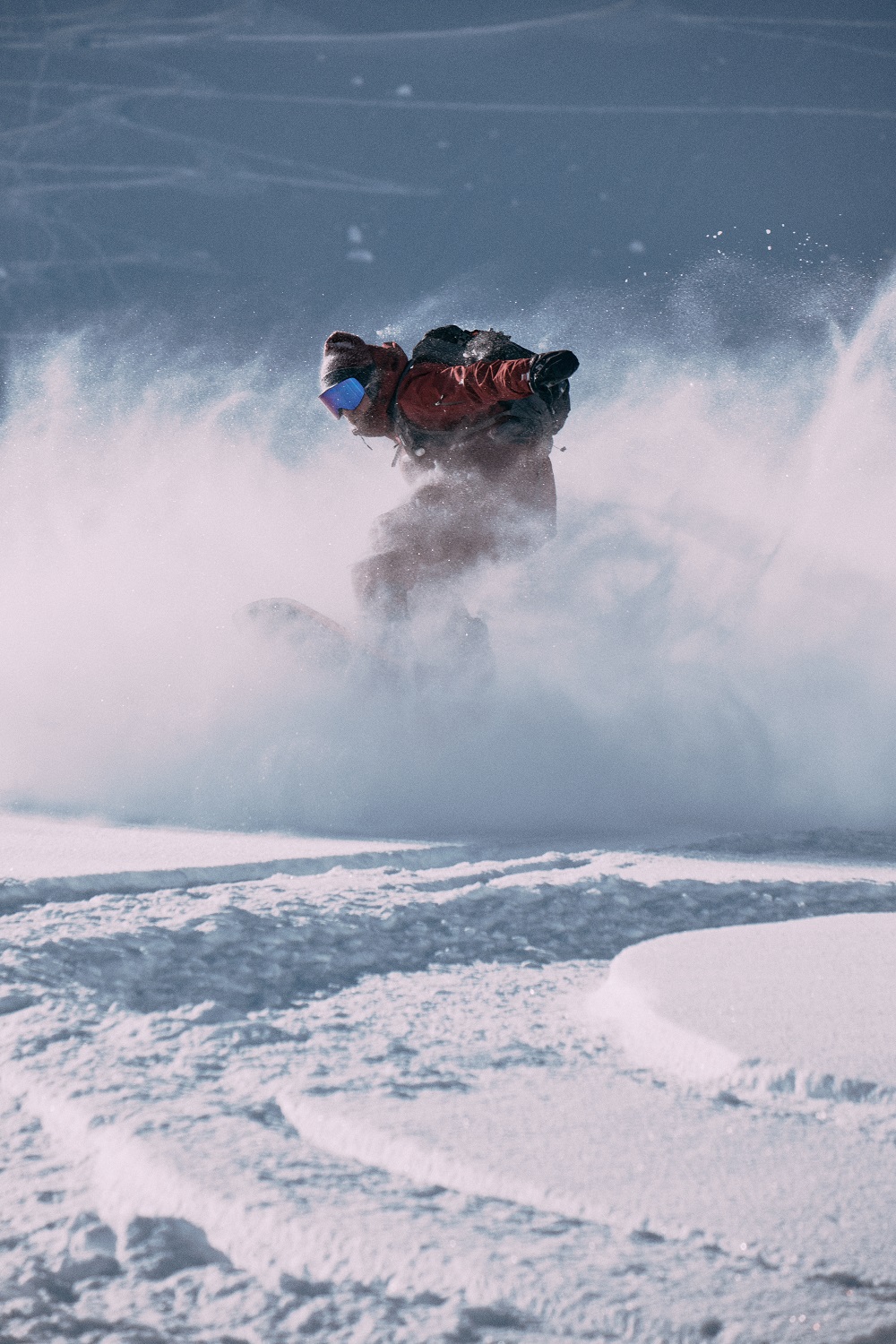 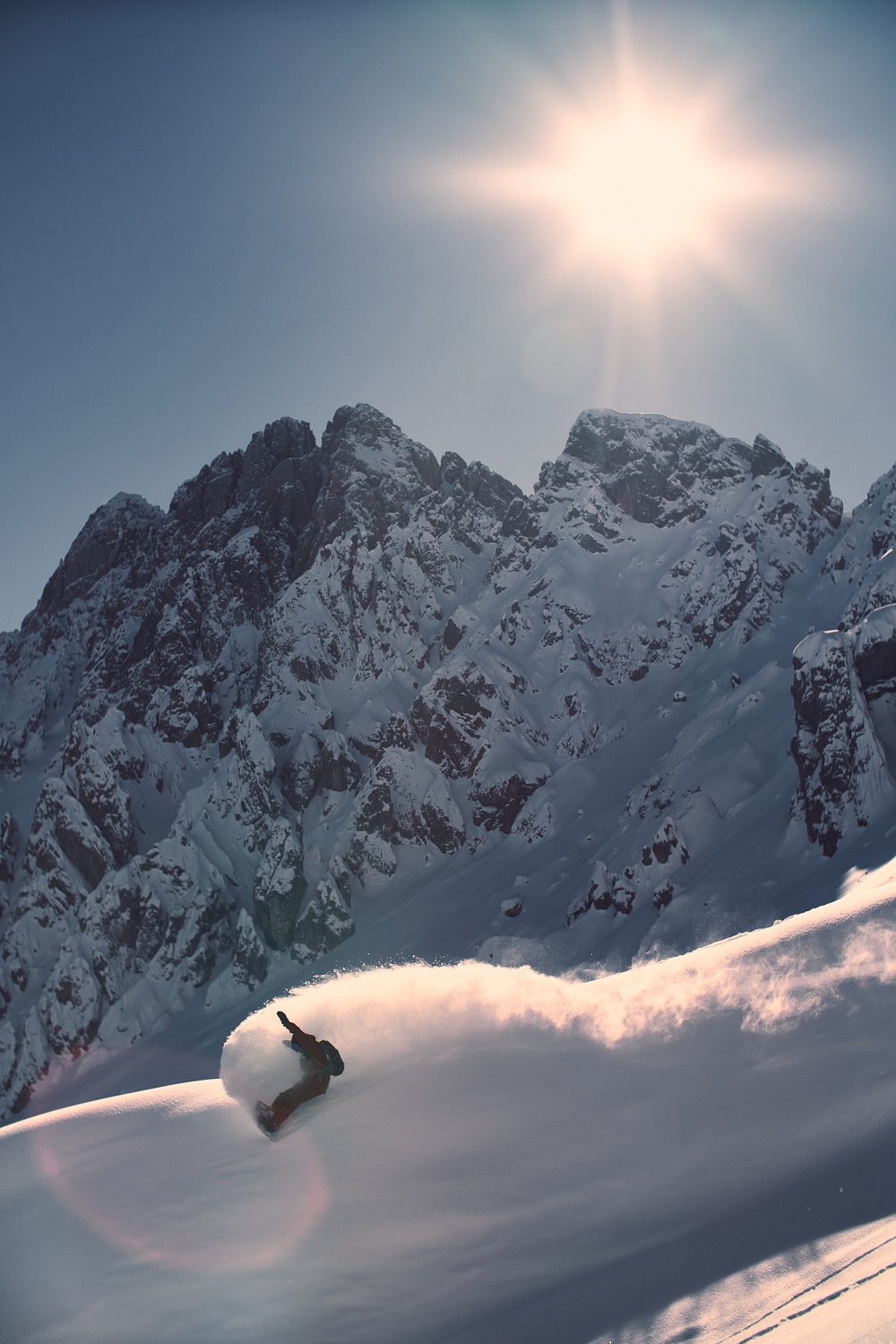 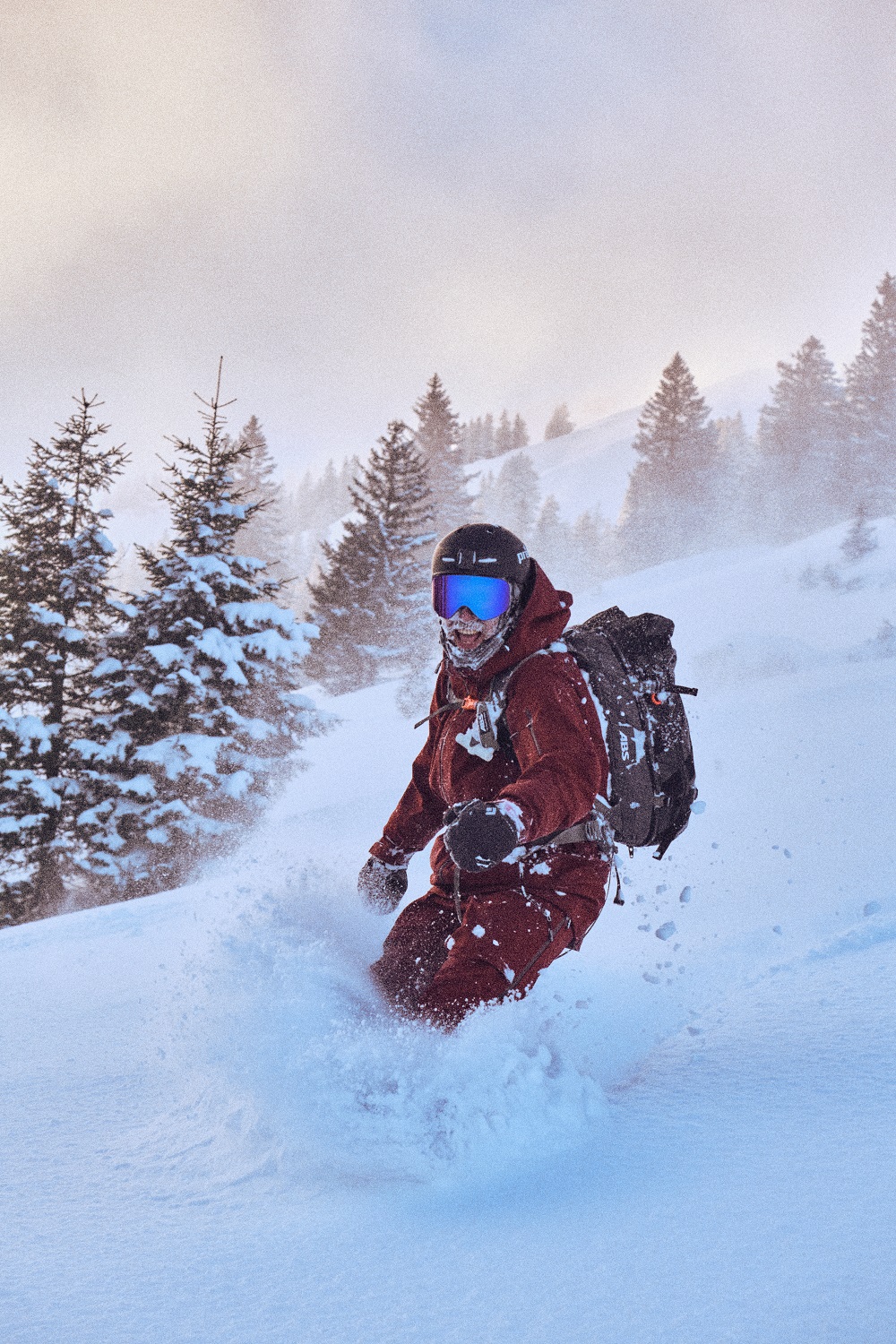 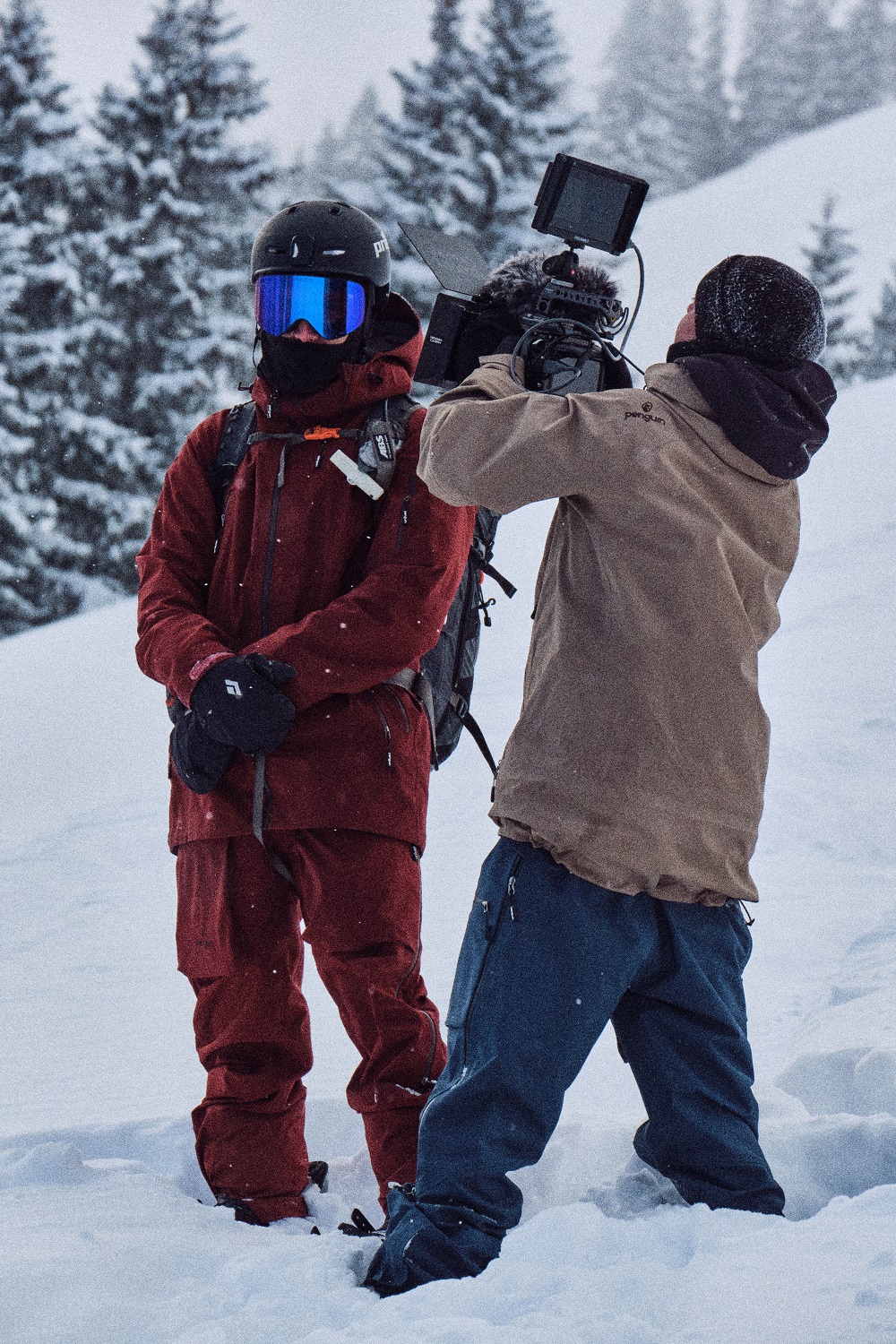 "This film explores the concept of how we morally justify invading our natural world, populated by rare animals and plants, just for the love of exploration and for the pursuit of our own happiness."

And if we’re throwing a non-snow film into the mix, it’s got to be this one. Chris Hall’s crusade to change the face of men's mental health continues in this moving coast-to-coast cycling adventure. In a bid to raise funds for the Movember foundation, Chris tackled a route from Land’s End to Ness Point, stretching over more than 600 kilometers from coast to coast across the UK, incorporating over 6500 meters of climbing. Far from plain sailing, the first attempt was cut short after Chris was knocked off his bike. But, not one to give up a fight, Chris restarted the challenge and smashed it the second time around - the film documents the entire challenge, false start included. “Things did go wrong,” Chris says, “and they always do in these kinds of challenges but, it’s about how you cope and deal with those problems that ultimately makes or breaks them. I was pretty vocal about my emotions throughout the film and I think this highlights the importance of the work Movember carry out - encouraging others to reach out, ask, listen, encourage action and check in.” 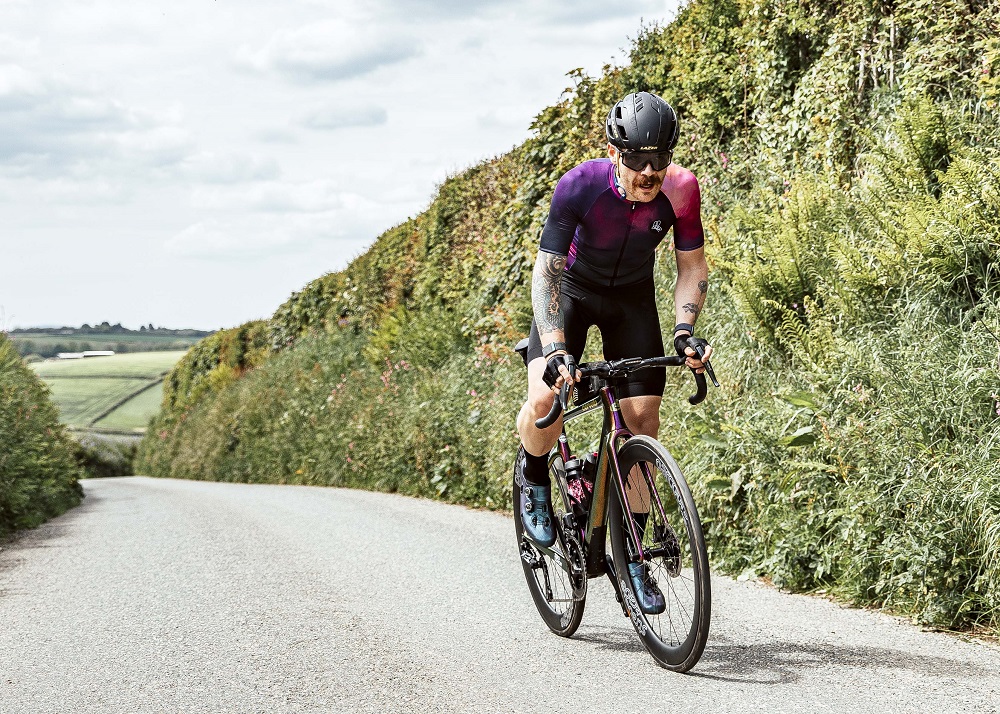 "I was pretty vocal about my emotions throughout the film and I think this highlights the importance of the work Movember carry out - encouraging others to reach out, ask, listen, encourage action and check in"Photo: @ndrewr

These are all films to make you think - whether it's encouraging us to reach out and check in with our friends, or reminding us that adventure doesn’t always have to be defined by how big you go or how hard you send it. In the wise words of Neil Williman in Innsbruck Powder People, “the mountains don’t care how rad you’re getting” - it’s all about how we individually define adventure and who we choose to adventure with. So go forth SunGod Community, get watching, get inspired and we’ll see you out there!

We are Carbon Neutral.

Our Operations, Our Products, Our History.