Last year we launched one of our biggest partnerships to date: SunGod x McLaren Racing. Two British brands, united by a shared mission to lead our industries forward through innovation; this is a partnership that just makes sense to us. It's been fantastic to see our community feels the same way; your response has been overwhelmingly positive, and you've helped us take our partnership to the next level this year. Thank you!

After a hugely successful first year, we're excited to announce that in 2022, we're shaking things up by expanding our partnership with McLaren Racing in Formula 1 and beyond - read on to find out how...

Nothing stands still in the F1 world, and our partnership with McLaren Racing is no different. This year, get ready to spot all-new SunGod x McLaren products dropping over the coming months - like the McLaren Miami Limited Edition Renegades . There will also be exclusive new driver models designed in collaboration with McLaren F1 Team drivers, Daniel Ricciardo and Lando Norris. Plus, keep your eyes peeled on race days where we'll be sharing our new partnership with the F1 community trackside in brand new ways. We’re also incredibly excited to be helping to drive sustainability in motorsports as we join forces with McLaren MX Extreme E for the first time. 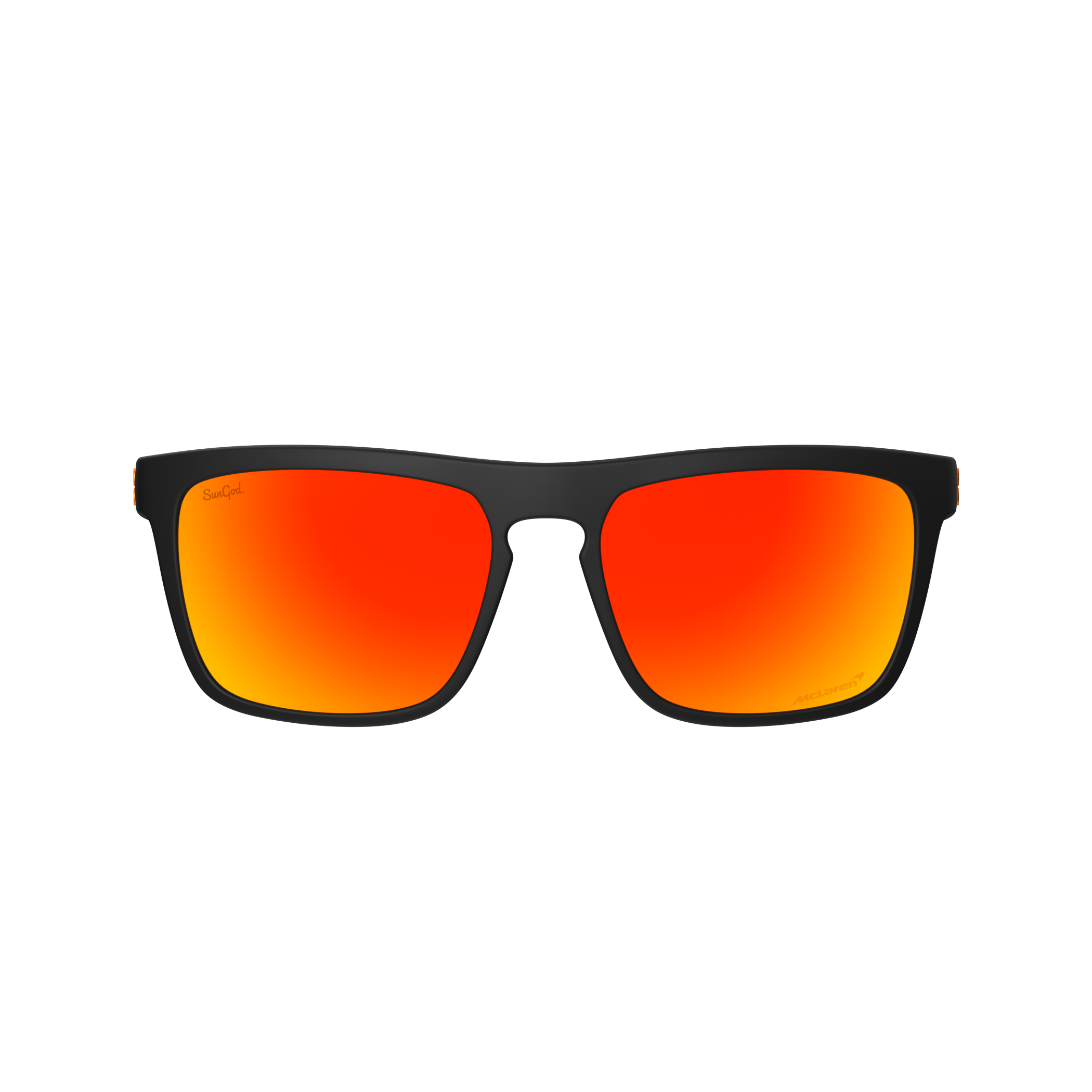 McLaren Racing is trailblazing new technology to move the sustainability agenda forward in motorsports, and nowhere is that more evident than in the McLaren MX Extreme E team. Extreme E - The Electric Odyssey is motorsports as you've never seen it before: teams go head to head in electric SUVs, in some of the world’s harshest and most climate-impacted environments, from the deserts of Senegal to the glaciers of Greenland.

The competition - which is informed by a committee of the world's leading climate scientists - has been created to promote the development of sustainable technology, in motorsports and beyond. All cars are 100% electric, and all transport and logistics between races are via ocean, where a 7000 tonne ‘floating garage’ ship hosts the teams to reduce the impact on host locations.

As our community know, at SunGod we're committed to placing sustainability at the heart of our business, from the inside - our own products and operations - and from the outside, in who we decide to partner with. So, unsurprisingly, we've been following Extreme E closely from Day 1, and partnering with McLaren’s MX Extreme E team was the natural next step for our partnership. We'll be celebrating our new alliance with the McLaren MX Extreme E officially later this summer; stay tuned.

Back by popular demand.

After the sell-out success of last year's Limited Edition SunGod x McLaren Formula 1 Team collection, we're bringing it back for 2022. Accompanied by fresh new Microfibre and Packaging designs made from 100% recycled materials, the ever-popular McLaren Formula 1 Team Renegades™ and Sierras™ have been restocked in 8KO Smoke and 8KO Polarised Fire.

The products - which, like all SunGods, are certified Carbon Neutral, backed by our unrivalled Lifetime Guarantee, and come in 100% recycled and recyclable packaging - fuse our latest 8KO® lens technology with ultralightweight, durable frames, and feature McLaren Racing's signature Papaya colourway, lens engraving and iconic McLaren speedmark.

The SunGod x McLaren Formula 1 Team collection is now exclusively available to order here. Heading into the heat of the F1 season, we’re expecting these to sell out fast - don’t miss out! 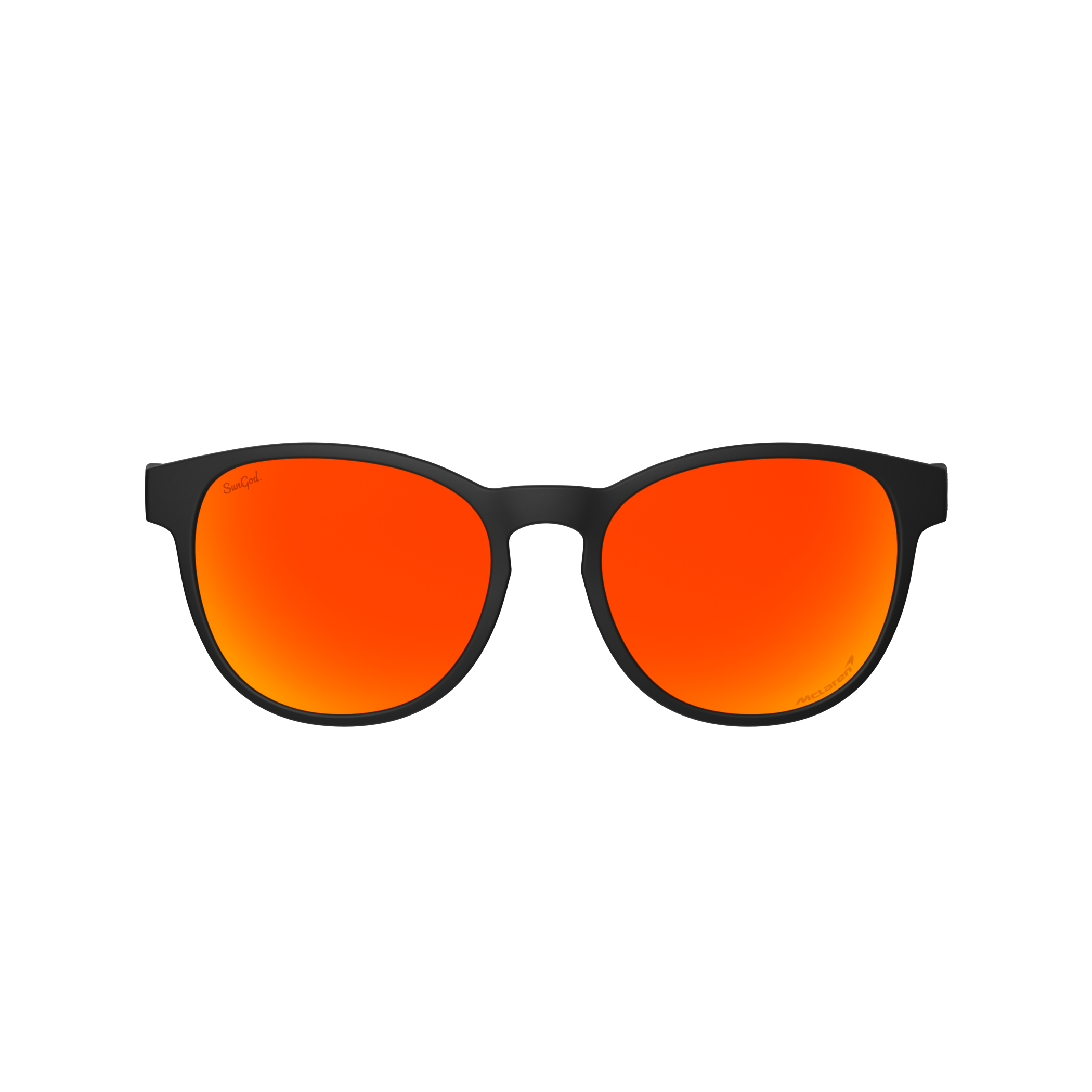 The SunGod x McLaren Racing 2022 partnership is bigger and better than ever. From brand-new products to restocked fan favourites; from the team you know and love - McLaren F1 Team - to exciting fresh faces in Extreme E... we're putting it all on the line in 2022 as we grow our presence in the McLaren Racing family.

Stay tuned to our website and socials to make sure you don't miss out on all the latest SunGod x McLaren Racing products, news and trackside action throughout the season.