All eyes were on the Great Britain SailGP Team last weekend as they took to the water at their home event, Plymouth. After finishing 3rd in Chicago and 2nd in Bermuda, the pressure was on as the British team - led by the most successful Olympic sailor of all time, Sir Ben Ainslie -  battled it out for that elusive Grand Prix win in front of a home crowd.

After a rocky Day 1, with Sir Ben’s team facing some tricky starts which they pulled back to achieve solid mid-field finishes (Race 1: 4th, Race 2: 4th, Race 3: 6th), GBR turned the tables on the second day.

“That's always a huge motivation, isn't it? To try and turn it on for the home crowd and bring it home.”

Day 2 kicked off with a Commonwealth friendly against the eventual event winners, New Zealand. The Brits warmed up the crowds on Plymouth Hoe as they clinched the win, and hoped their momentum would continue as they faced up to their opponents in the main competition.

It did - the team stormed to 1st Place and secured the full 10 points in Race 4, creating an electric atmosphere as fans cheered them on. This meant it was all on the line in Race 5, with only the top 3 teams making it through to the Grand Final.

The British team had to beat Australia and make 3rd to secure a place in the Grand Final, and on the last leg of Race 5, it was still all to play for. Spurred on by thousands of fans cheering them on from the Hoe, it was all down to the final turn of the race as GBR and AUS were neck and neck.

With everything to lose, GBR made an aggressive turn across Australia’s bow to seek out that all-important third place. Unfortunately, it was just too aggressive for the umpire - GBR were given an excruciating and controversial penalty 200m off the finish line, and forced to let AUS sail ahead, to a spot in the Grand Final.

Although British fans were left gutted by the call, there’s no question that it brought the drama. Sir Ben said: “It’s really frustrating. I mean it’s tight in SailGP, it comes down to those narrow margins… I think it’s a bad call, it’s really frustrating and we are really disappointed, but that’s top level sport, it happens, we have to take it on the chin and move on.”

Despite crowds not getting to witness Great Britain in the Grand Final, spirits weren’t dampened by that - or the rain. Instead, spectators were treated to an incredibly well-run, sustainable, and fan-focused event. In the past the sailing industry has failed to pull big audiences as organisers struggle to make it easy to watch and understand racing. SailGP is doing things differently, and the whole operation - from the fan village, to the commentary, to the racecourse itself - has been geared towards creating a fast-paced, action-packed fan experience. In Plymouth, it created a kind of F1 on water, with a buzzing atmosphere, easy-to-understand racing, high speeds and dramatic action.

The mixed Plymouth weather meant the British team made use of their full range of SunGods, from the Great Britain SailGP Team Limited Edition Sierras™ on shore, to the Vulcans™ and Vanguards™ on the water. By using our carbon neutral eyewear, the team were able to gain points in the all-important Impact League.

The SailGP Impact League helps drive innovation in sustainability by awarding teams points based on their environmental impact, which contribute to the final standings. In Plymouth, British athletes cycled 450 miles to the event to reduce their carbon footprint; the race village was powered 100% by nature; and for the first time in the UK, biomethanol fuel was used as an energy source for the event. By creating carbon-neutral performance eyewear for Great Britain SailGP Team, we’re able to help them succeed both on the water and in the Impact League. Plus, we're directly supporting the work of the 1851 Trust, which aims to inspire and educate young people through sustainability and sport. 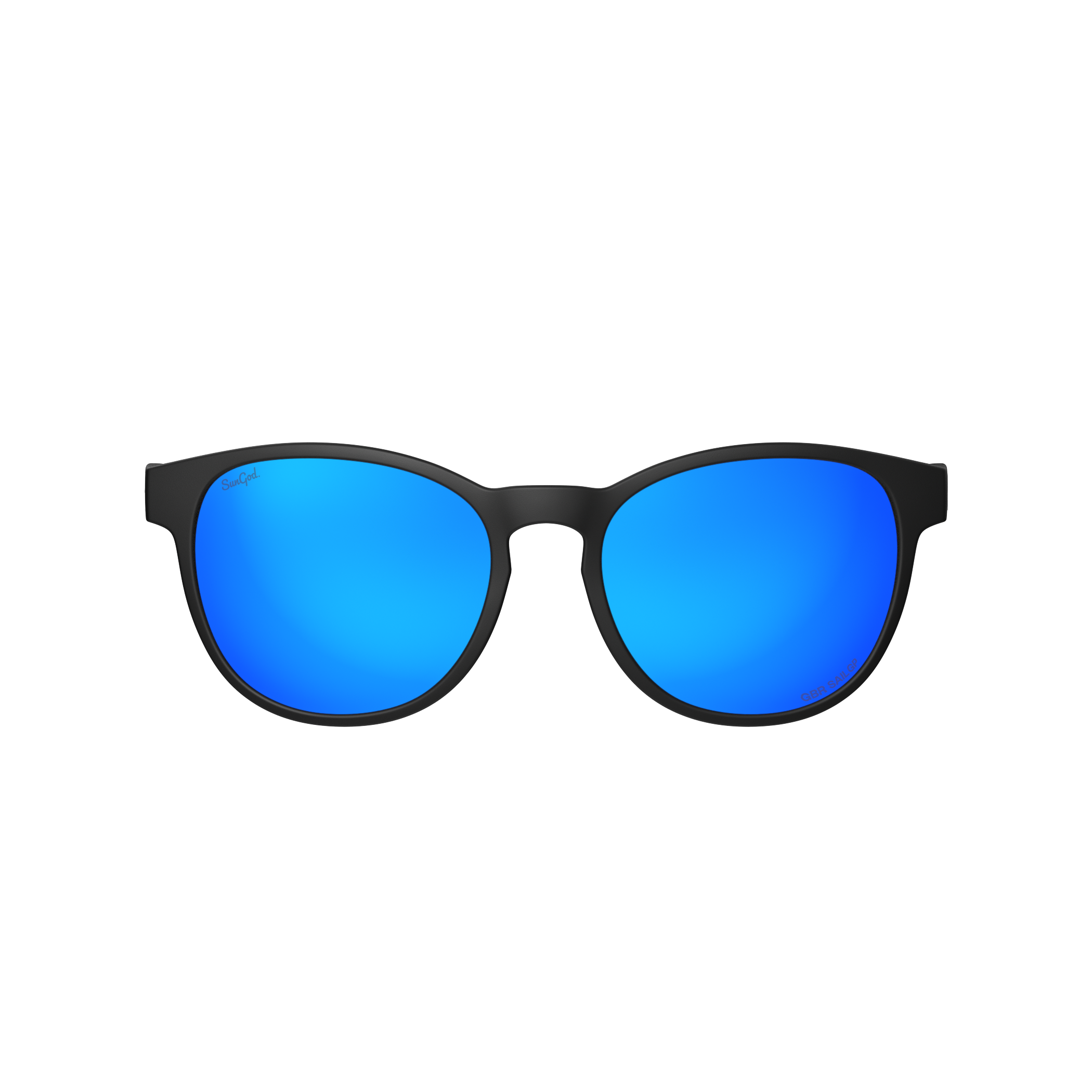