FWT STOP 4: The penultimate throw down in Ordino Arcalís

Andorra was the next stop for athletes to make their final bid for the FWT final….

When dangerous conditions postponed the initial competition in Ordino Arcalís, tensions were high among athletes and spectators alike as the weather window grew ever smaller. Finally though, mother nature stepped in and brought exactly what was needed - a beautiful fresh layer of snow and just like that, the green light was given to commence the penultimate throw down of the Freeride World Tour 2019… 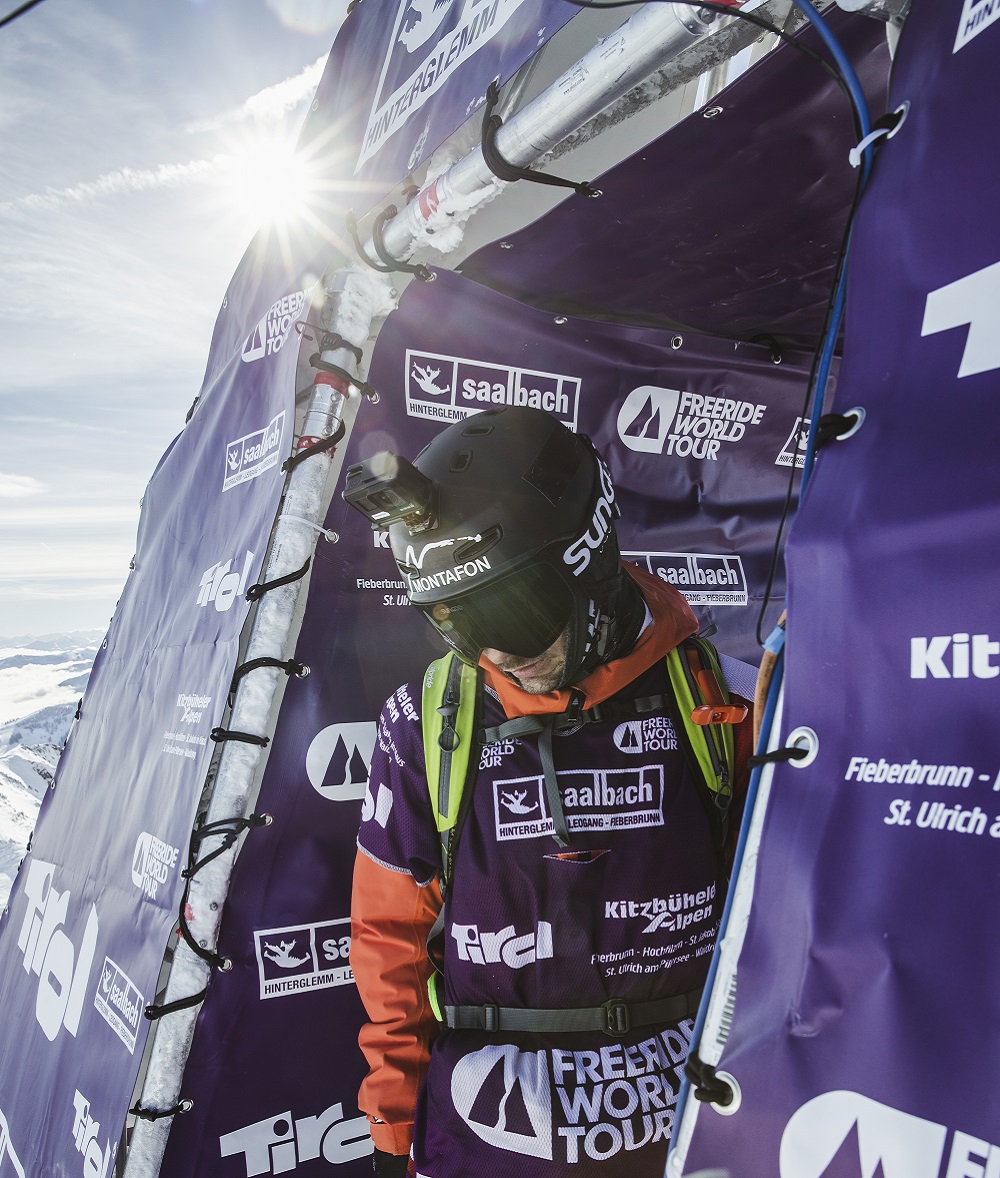 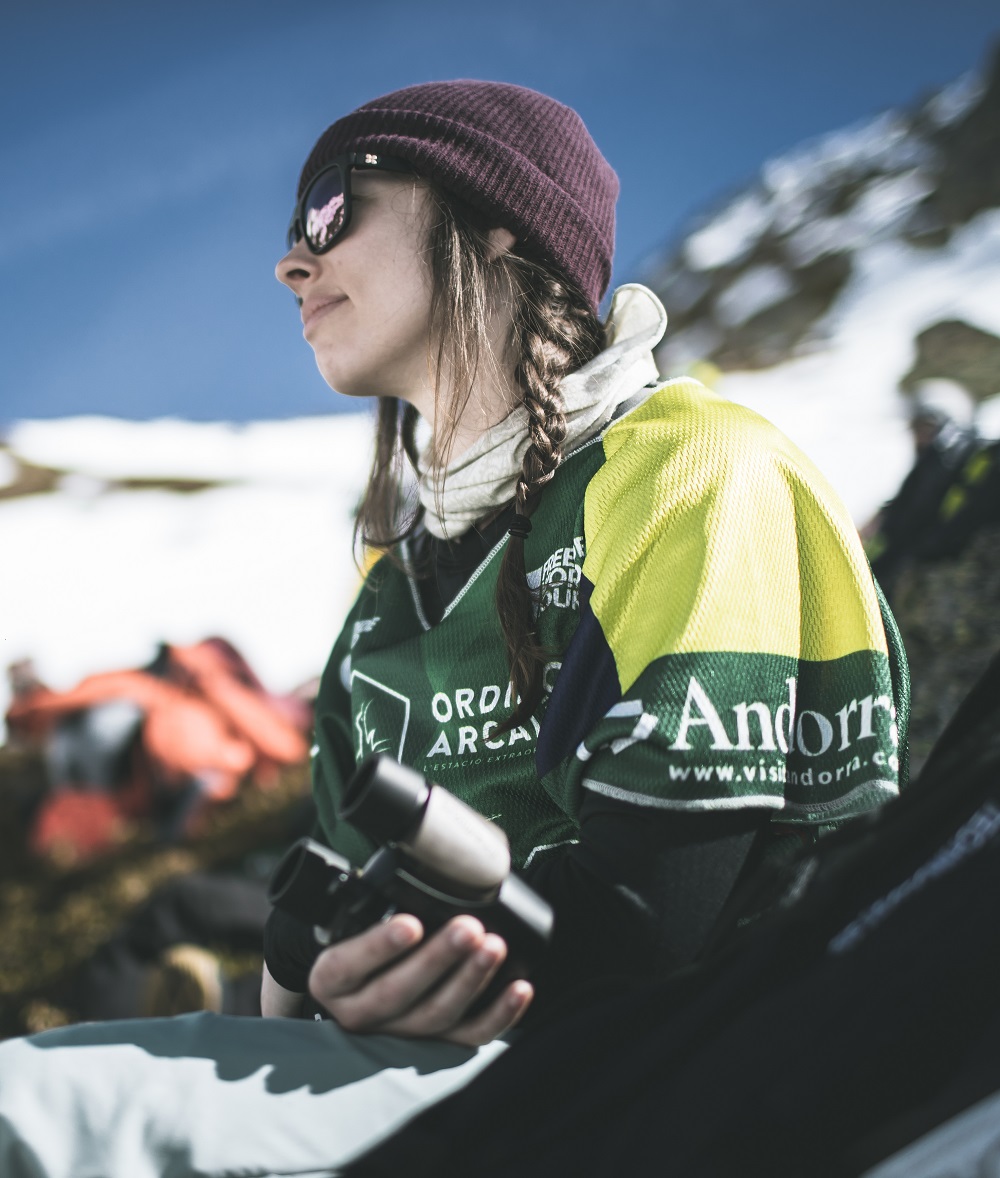 We were gutted not to see SunGod riders Thomas Feurstein and Niki Kelly competing in this stage due to them both needing to return homePhotos: J.Bernard / M.Knoll

We were stoked to see a fresh new face in this stage, local wild card competitor and SunGod ambassador Thomas Rich, who well and truly made his mark, finishing in fourth position after sailing down the face, catching plenty of air time. Gracing the podium once again was the USA’s Davey Baird, who chose a unique line, maxing out on some big cliff hits seeing him into third position. Taking the second spot was another podium regular Victor De Le Rue, who once again charged down the course to claim second place. In the winning spot, nailing a clean run loaded with tricks was the USA's Blake Hamm. 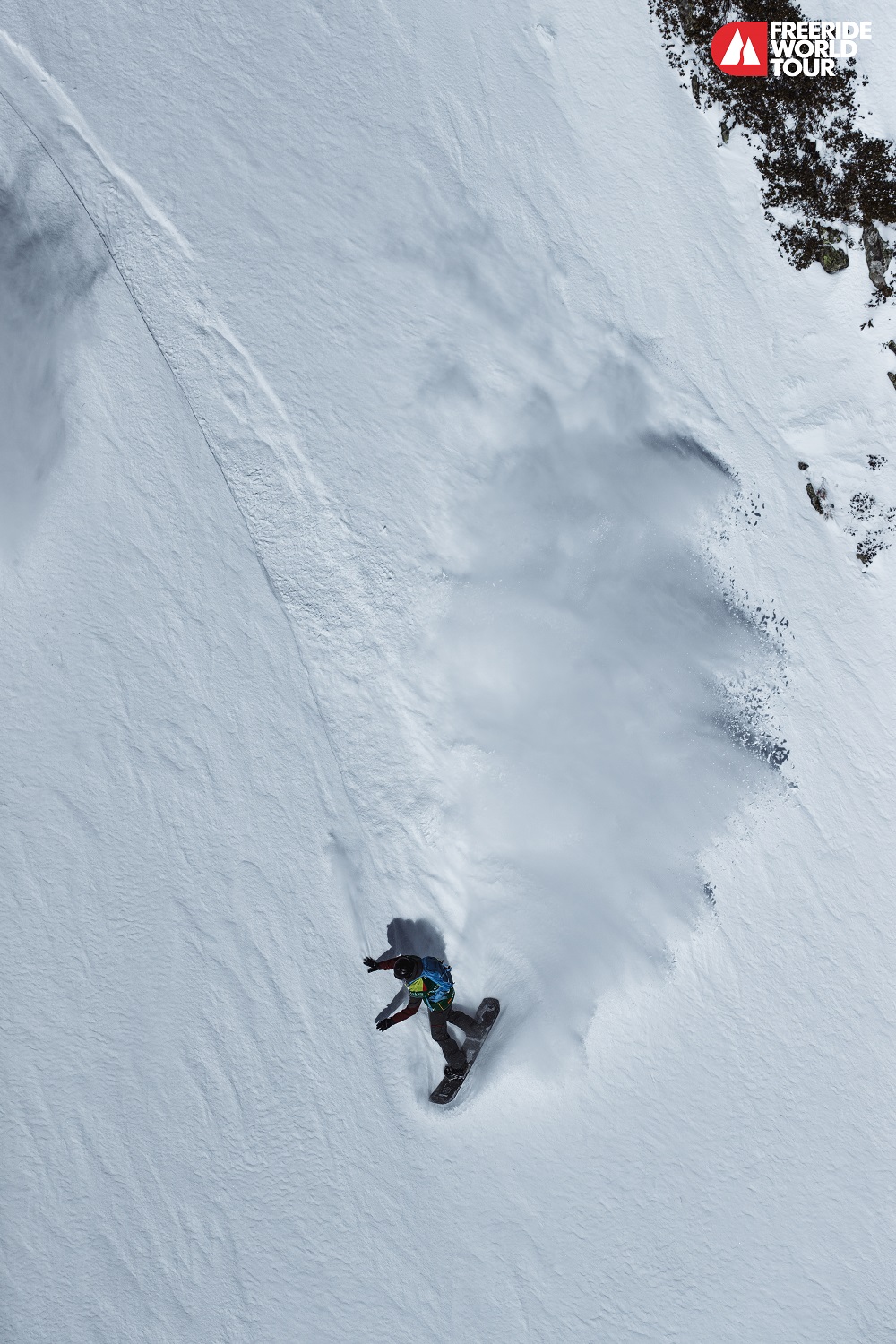 Glory came early for French rider Marion Haerty, who put down yet another blinding run to take the womens snowboard FWT title for 2019. The battle continues for second and third position which this time went to Anna Orlova and Erika Vikander respectively, who both chose technical lines to see off the remainder of the competition. 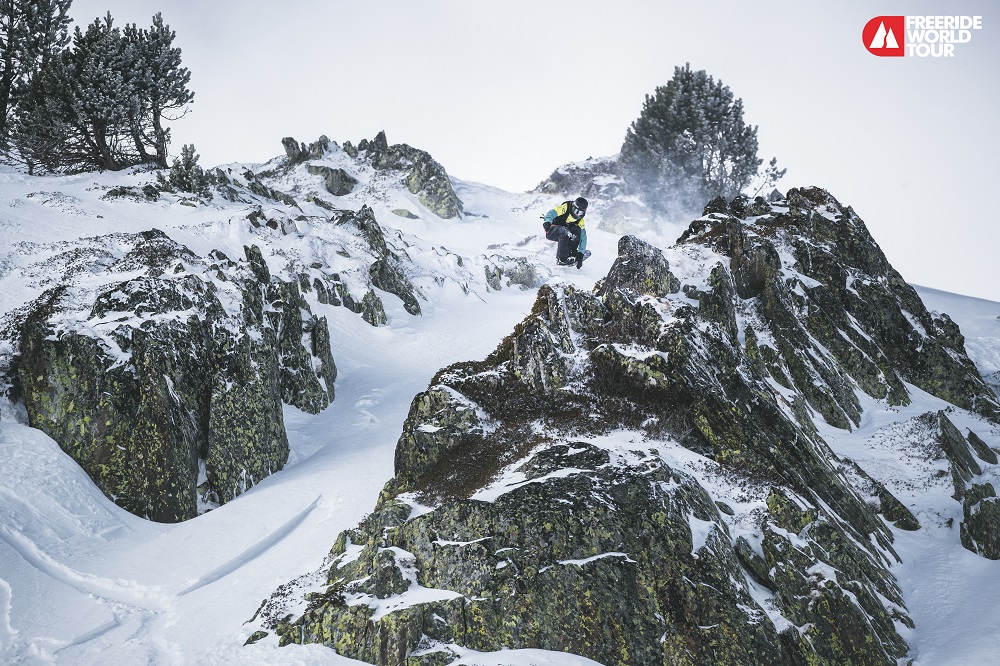 French rider Marion Haerty wins this stage which means she takes the FWT 2019 Womens Snowboard title before the final in Verbier has even startedPhoto: M.Knoll

The ski men saw yet another slight shake up to the podiums with Léo Slemmet bettering his third position from Fieberbrunn to take the win, throwing an impressive three 360’s before he was even halfway down the face. In second place this time was Swedish rider Kristofer Turdell, who nailed a super technical run. Bringing some USA back to the podium was Andrew Pollard, lining up a smooth and fluid run to claim third. 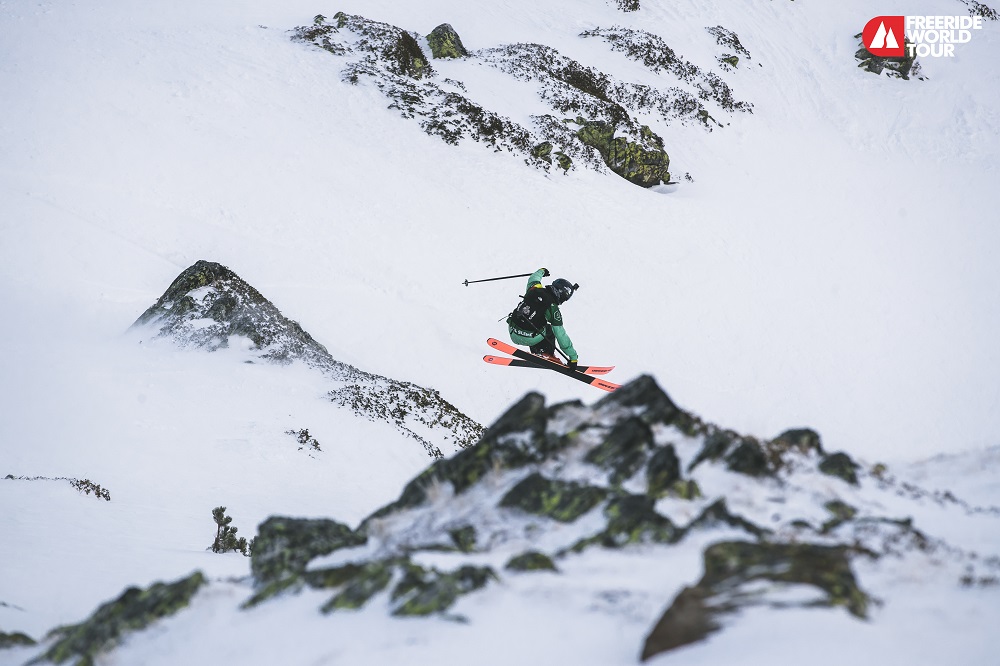 French skier Léo Slemmet tweaks his way into the top spot for the ski menPhoto: M.Knoll

Polishing off this stage was the ski women and once again the competition was fierce! Taking the win was Jackie Paaso from the USA who went all out, sending some huge cliffs as part of a super creative line. In the second spot was another podium regular, Ariana Tricomi. The reigning FWT champion was on the hunt for the win as she stomped two 360’s early in her run and cruised the rest with some sizable drops. USA rider Jacqueline Pollard once again mirrored her brothers performance to claim the third spot with a foot perfect and effortless looking run. 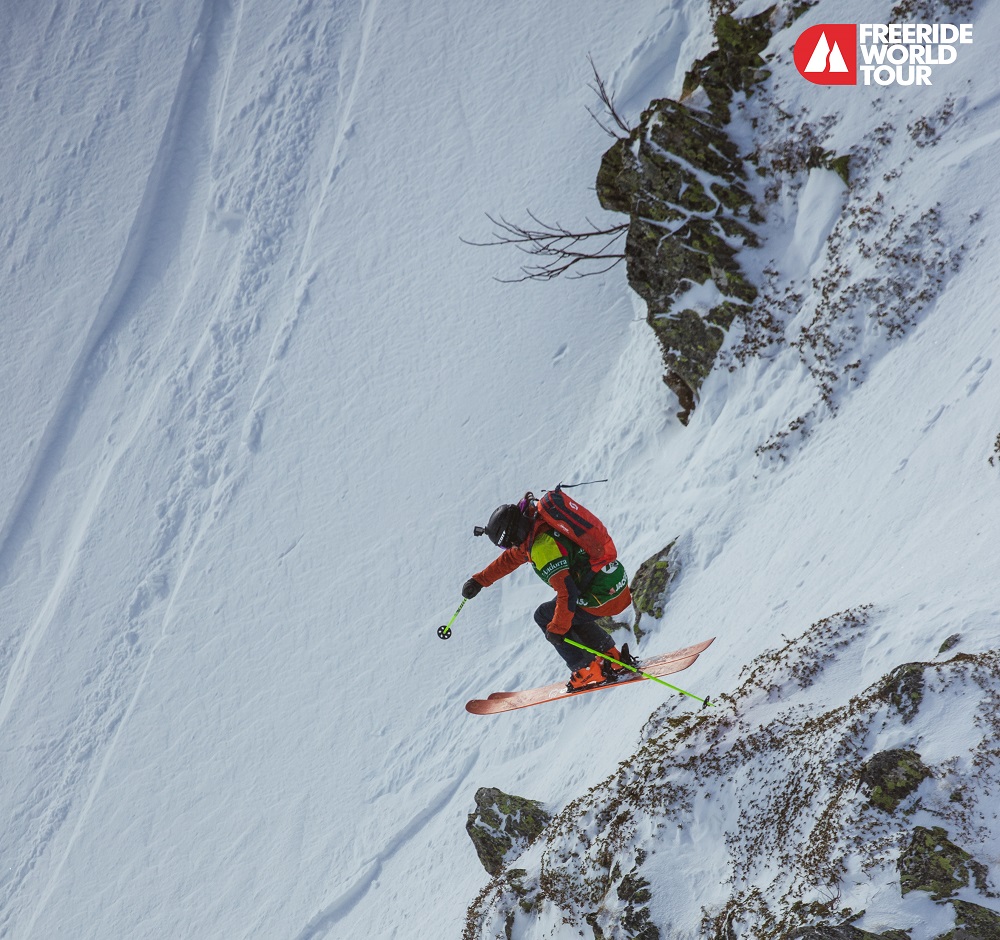 USA skier Jackie Paaso left nothing to chance and smashed her run to win this stagePhoto: J.Bernard

Consistency was the name of the game in this stage and fans around the world wait with bated breath to see which riders will claim the most prestigious freeride title in the world. The heat is on! The final will take place at the Verbier Xtreme in Verbier on 23rd-31st of March. DO NOT MISS IT!

Here at SunGod, we work tirelessly to revolutionise the optics industry, developing products designed for every adventure, and guaranteed to last a lifetime. We're stoked to partner with the Freeride World Tour for another year and to celebrate the best that freeriding has to offer!