This summer I set out on an adventure to compete in a few of surfing’s World Qualifying Series events! First stop was a culture packed couple of weeks in Peru before heading on to the Golden State of California, USA. 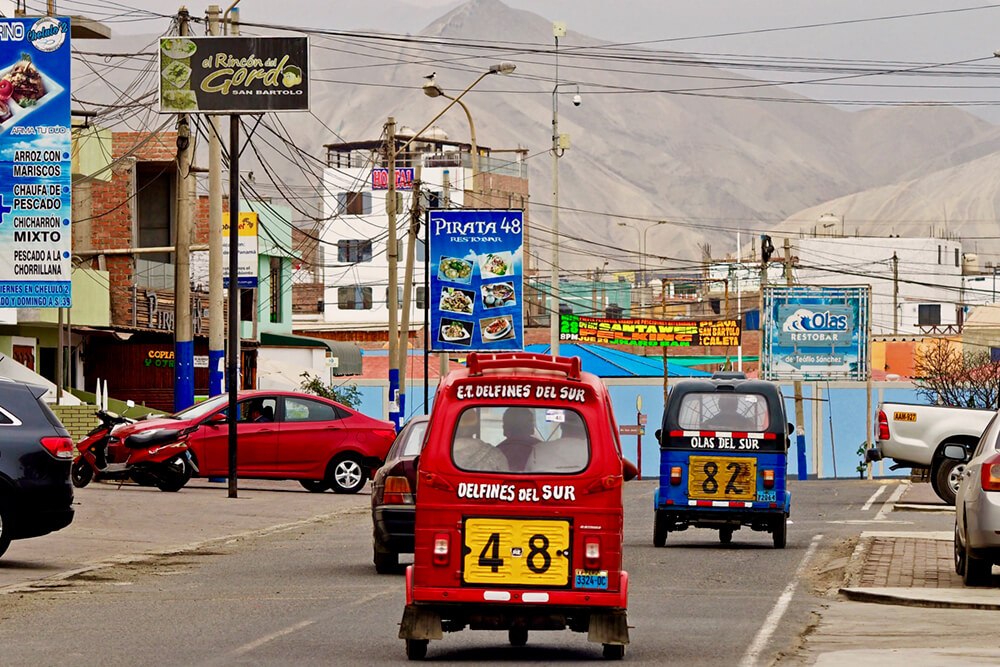 The quiet colourful town of San Bartolo, Peru sits between the Pacific Ocean and the Andes.

I instantly fell in love with the culture in the sleepy little beach town of San Bartolo, Peru. The people there are lovely, embracing an easy way of life and always smiling from ear to ear. The ethos there seems to be that there is always time for a tea and chat with friends. When I arrived, the waves were super fun peaky reef breaks so I spent most of the day in the water or eating, before jumping back in! The local delicacy is called Ceviche, raw fish marinated in lemon juice and spiced with aji or chili peppers. It’s to die for… I feel like I could eat it forever! 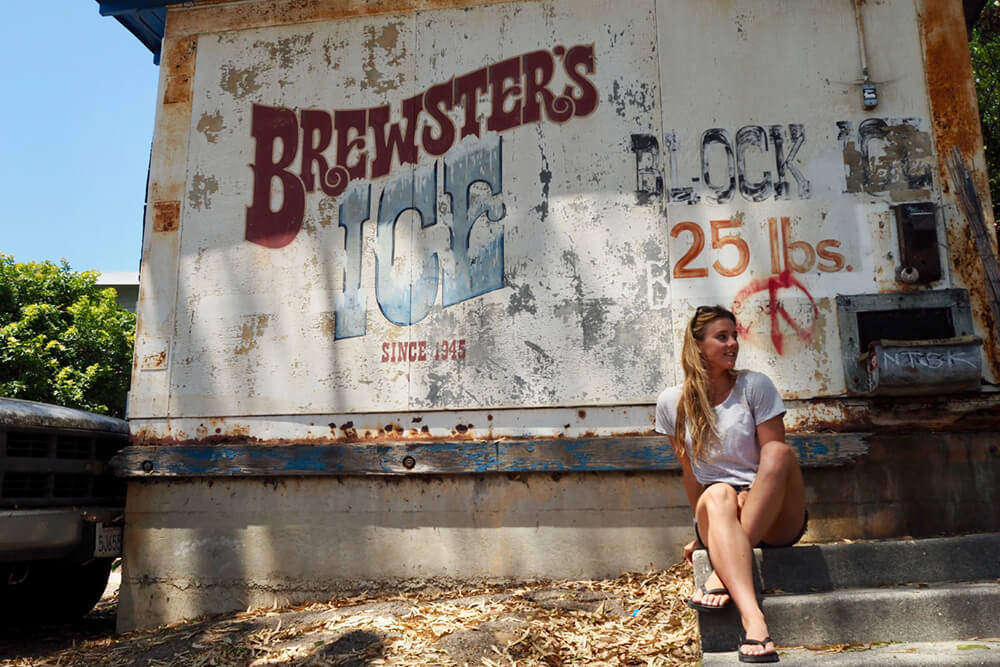 Keeping cool in the shade during the heat of the day…if only there was actually ice!

With a good swell on the horizon, the contest was moved to a nearby big wave spot called Peñascal. Competing in waves that were about triple my height made the event very different to many of the other WQS’s! It was definitely a little unnerving to begin with but after a few waves I got into it and loved the rush! I was pretty happy to come away with 3rd place in the expression session and 9th place overall. Looking back at my experience there I’d definitely like to push myself to surf some bigger spots again soon! The buzz of pushing myself like that in semi-unfamiliar territory was unreal. 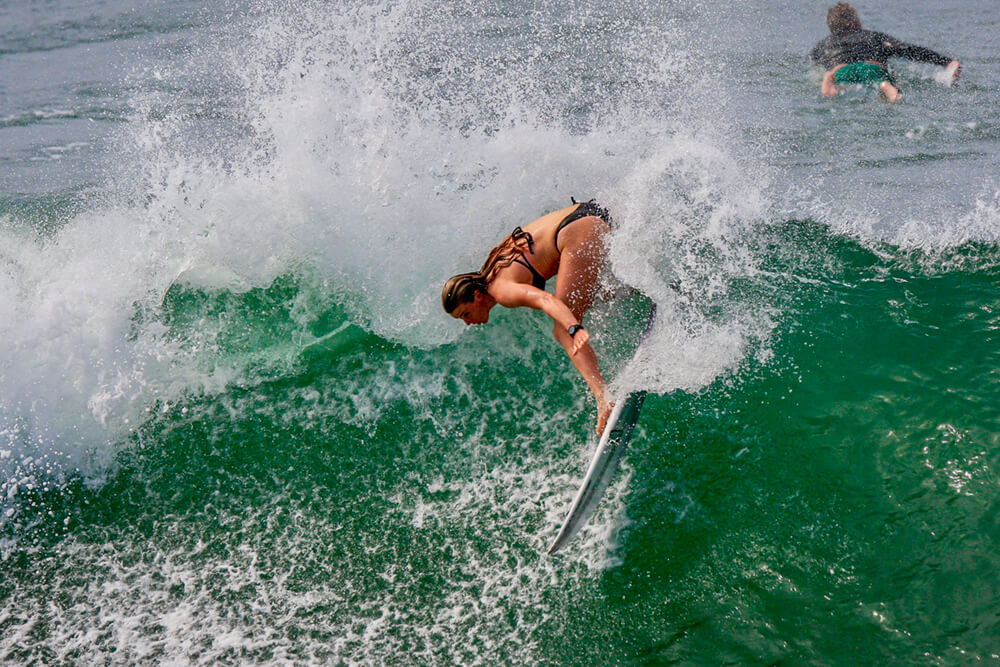 The reef breaks were so much fun we spent as much time in the water as our bodies would allow.

Next stop was sunny California ready for the Supergirl Pro competition at Oceanside Beach, which boasts one of the biggest events in women’s surfing! Although the event didn’t quite go my way, it was amazing to be competing amongst some of the biggest names in the sport and to experience the event for the first time! It was a definite learning curve competing with the top girls in surfing, and something I’ll feed off this in future contests. 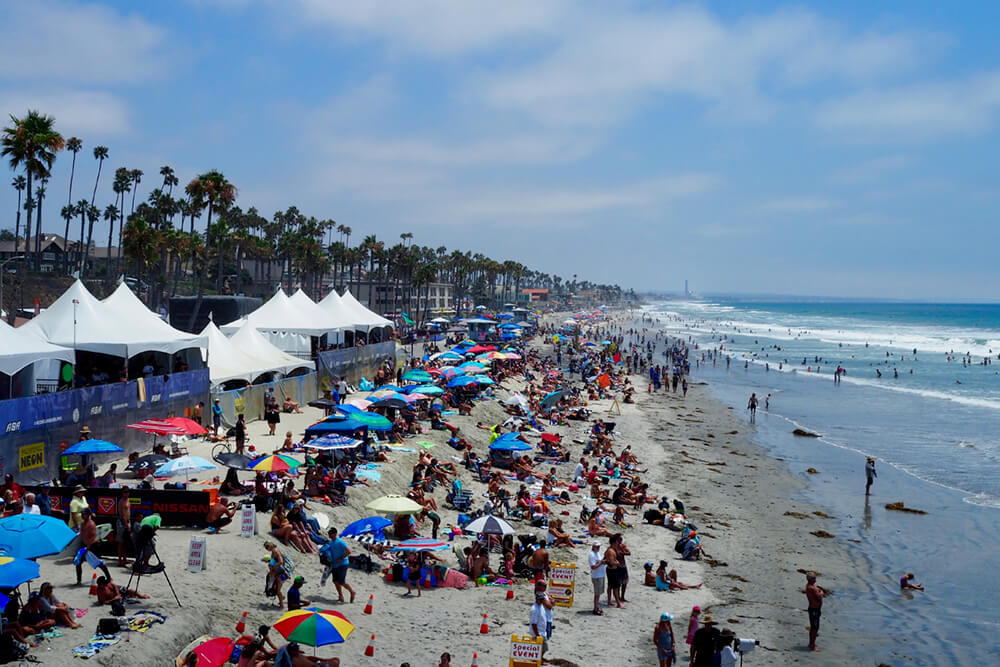 Oceanside Beach for the Supergirl Pro Contest in California was such an incredible experience, and what a crowd!

I had so much fun exploring the famous Californian surf spots like Trestles and Huntington Beach. California was a trip I’d always dreamed of doing, and I’d love to go back with a van and cruise along the coast hunting down the best waves! Who’s with me?!