How 3 SunGod Ambassadors transformed their lives...

For most, the concept of reaching the World Champs in any sport might seem like an unattainable goal. We caught up with 3 SunGod Ambassadors who prove that despite discovering their sports later than many, it is still possible to compete at the top level. Discover how, with hard work, determination and goal setting, it is possible to achieve unimaginable potential... 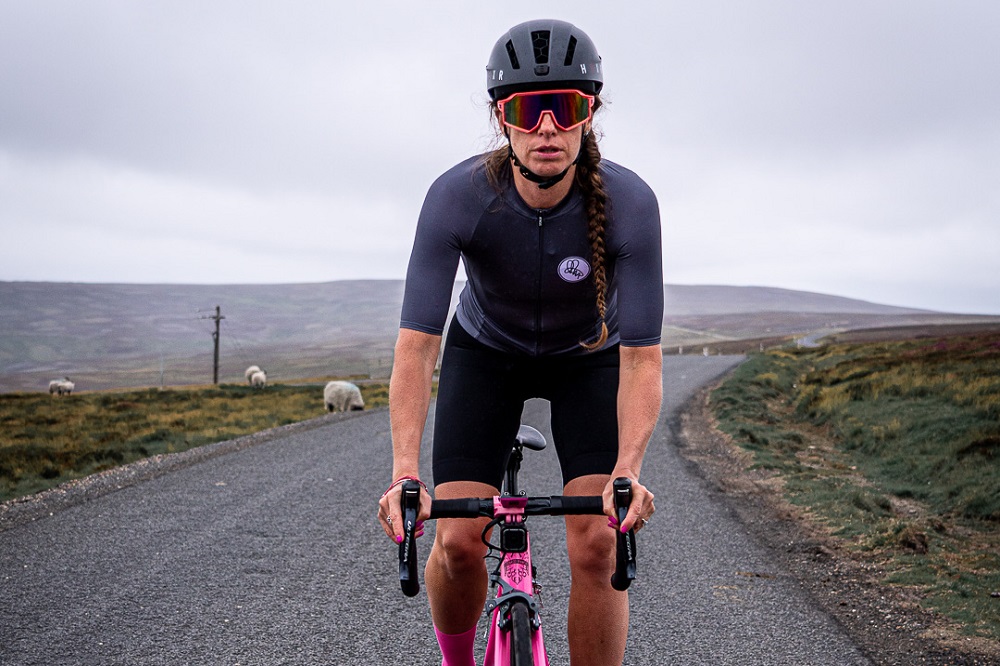 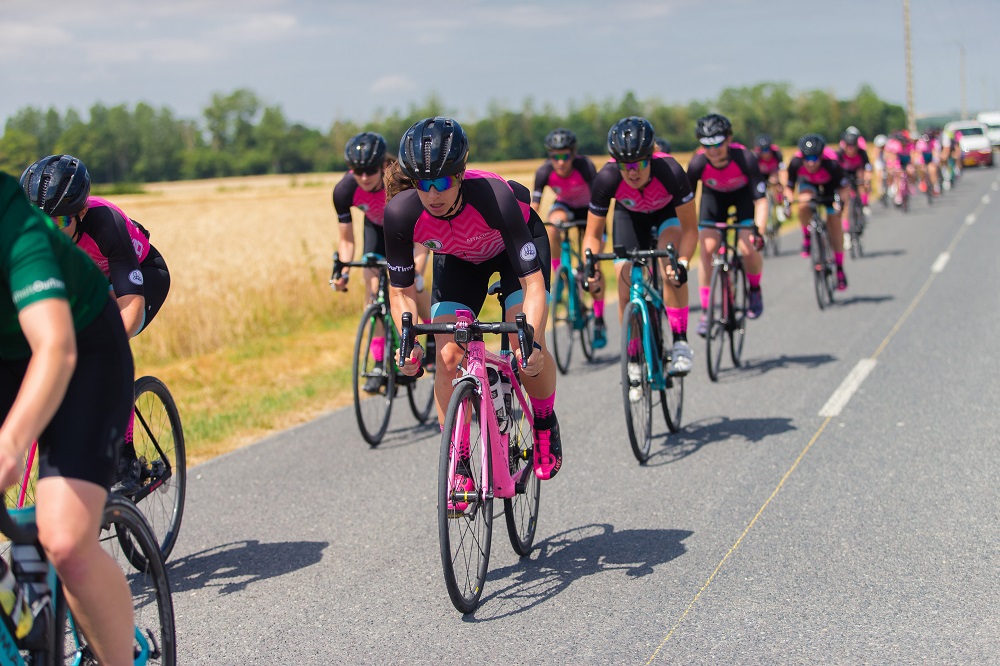 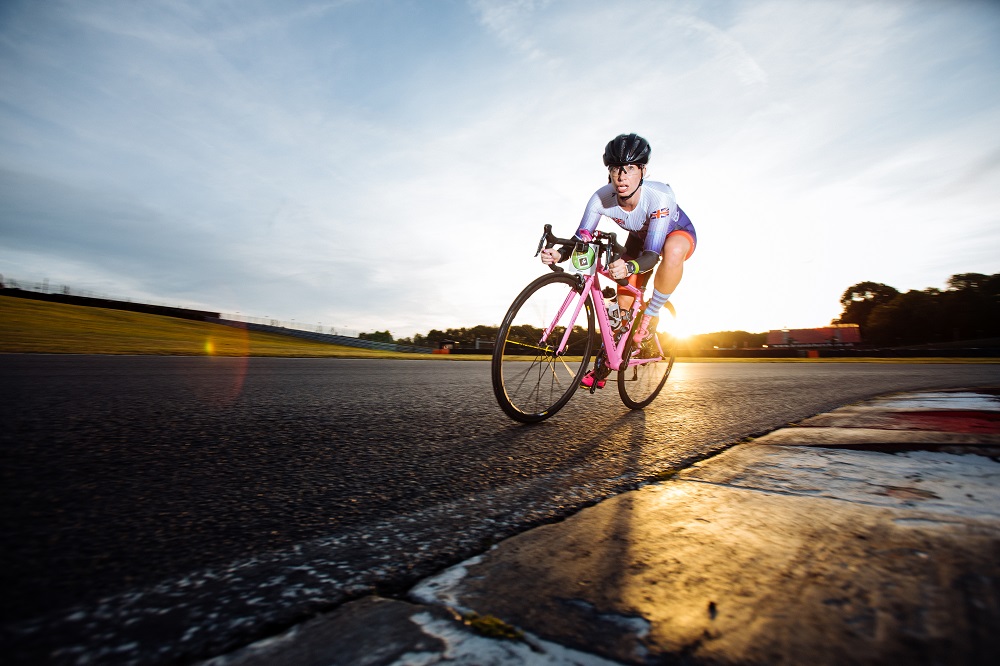 "You can be anybody you want to be and do anything you want if you want it badly enough. It's not easy but it's worth it."Photo: Attacus Cycling

Louise Gibson: “I wasn’t happy - I struggled with depression and was completely unfulfilled.”

Events manager and single mother of 2, Louise is a road cyclist based in London. She has ridden for GB twice in the Gran Fondo World Championships and campaigns for equality in women’s cycling as the team leader of the Internationelles.

How it all began Pre-cycling me was a very different person. My marriage had broken down, I hated my body and every day was Groundhog Day. I knew I needed to make a change and after some running injuries, cycling was recommended to me. I was resentful to begin with, I hated the fact that I couldn’t run any more, but this resentment lit a spark under me that slowly grew into the flames of a new obsession.

What happened next? I found the cycling industry very intimidating at first, but I plucked up the courage to join a club. I started to lose weight, train harder and discovered I was actually quite good! Soon I met my current coach, Will Girling and began to train smarter. In 2018 I entered the Tour of Cambridgeshire and did so well, I qualified to represent Great Britain at the Gran Fondo World Championships in Italy later that year. I think that was the pivotal point. I was a proud cyclist, not a resentful injured runner anymore.

How has cycling transformed your life? I have come a long way from the angry and resentful person I was before I took up cycling. Now I train 6 days a week for 10-15 hours, I have drive, I am healthy and a role model to my sons.

What advice do you have for anyone looking to make a big life change? You must stay positive and you must stay focused, it doesn't happen overnight, it's a process. To represent your country you have to be among the best and you don't get there unless you work hard. It’s all so worth it though, pinning on the number to my GB kit is one of the best feelings in the world. So was crossing that finish line on the Champs Elysees after completing the Tour de France last year. The stuff dreams are made of. 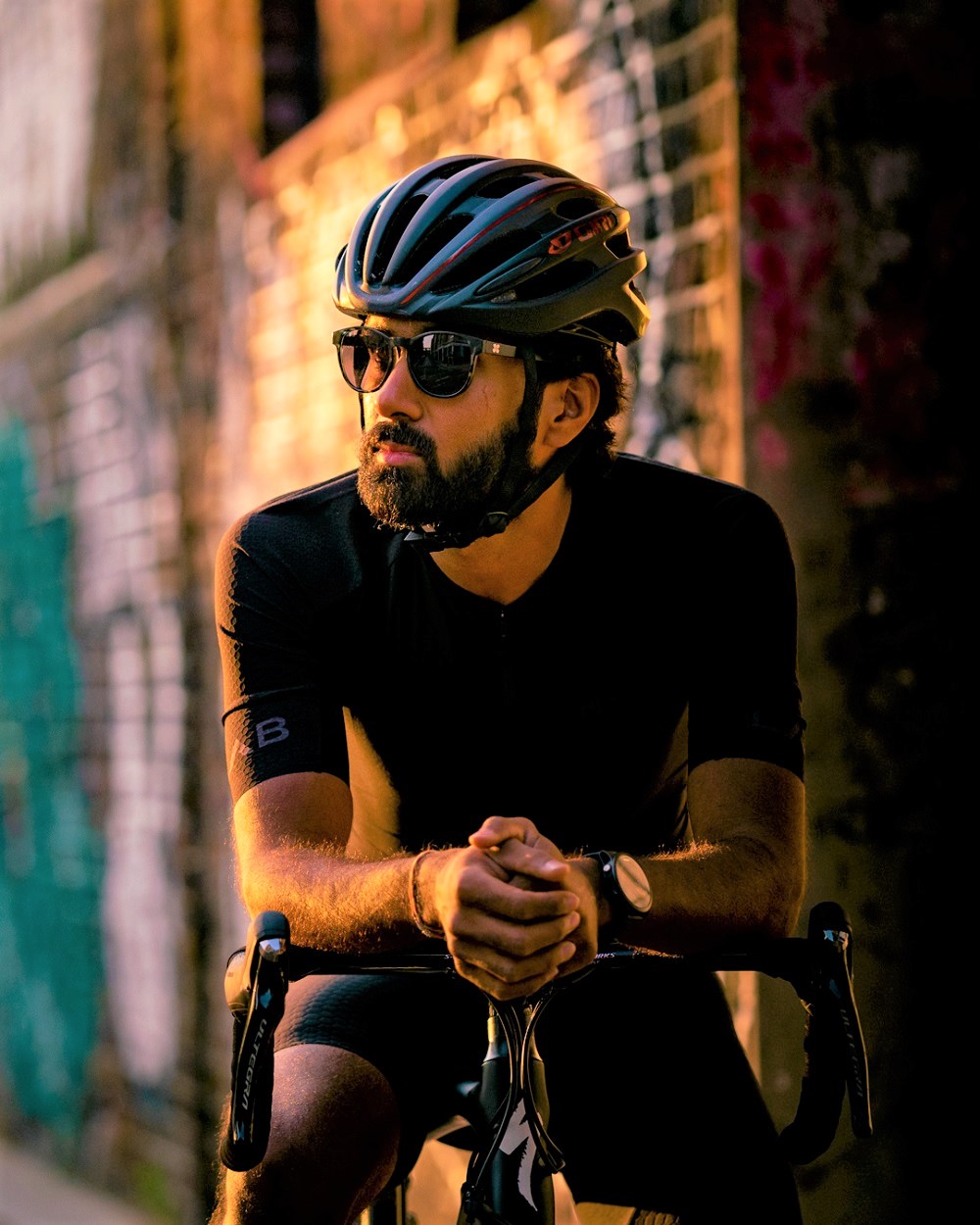 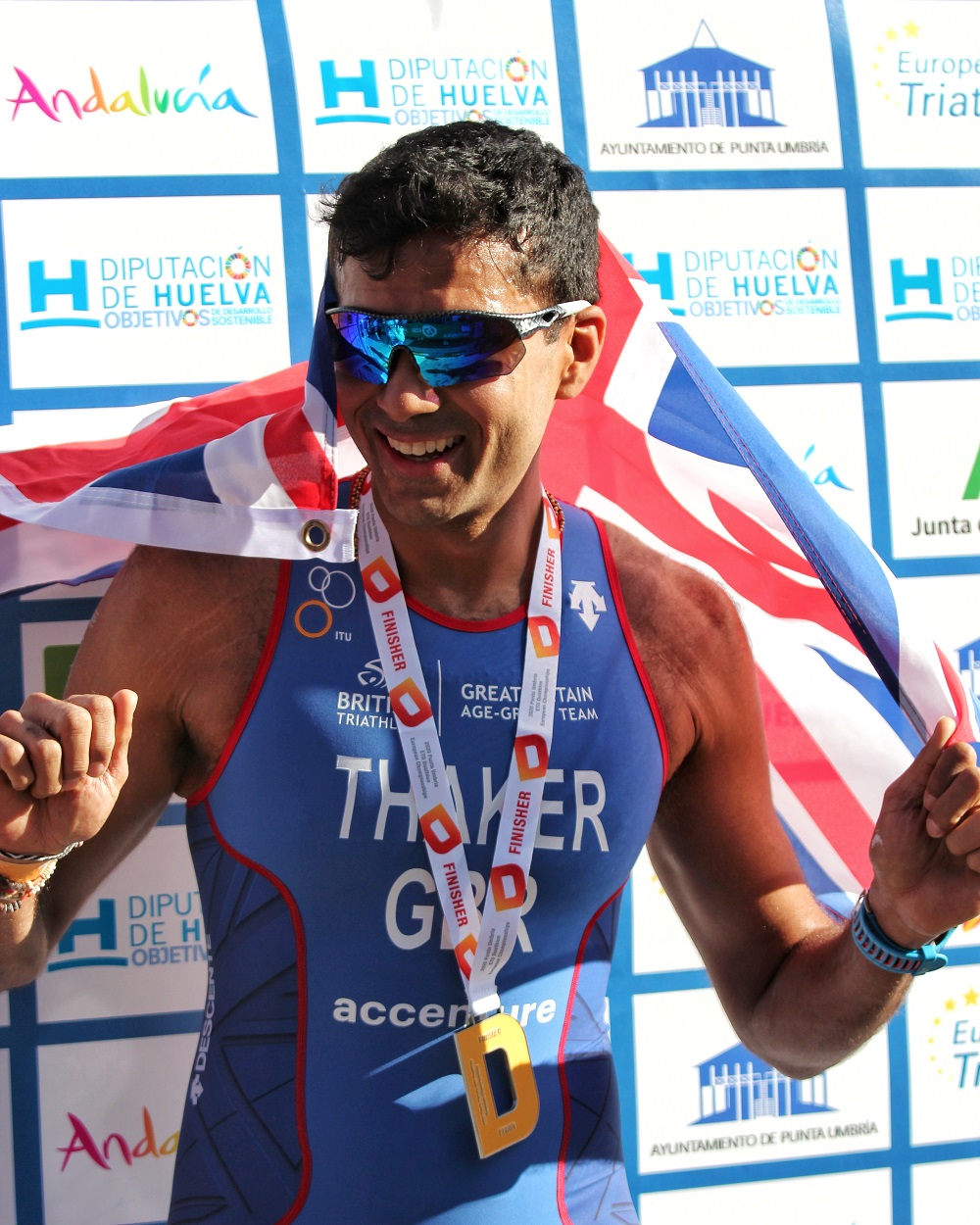 "You cant hide from yourself; you train, you sacrifice, you race, and you progress, it's really that simple. But honestly, anything is possible and not just in triathlon."

Tej has rocketed to triathlon success in an incredibly short space of time. The culmination of that success was his qualification to represent Team GB in his age group for both European and World Championships races in 2020. Once the lycra comes off, his day job is in finance.

How it all began I thought triathlon sounded ridiculous at first. 3 Sports in one go!? I could hardly swim, never ran and rarely had I ever cycled. Back in 2011 I got injured playing hockey and saw an advert for the London Triathlon on the tube. I decided to give it a go and the rest is history, I was hooked.

What happened next? After a few years doing 2-3 triathlons a year, I discovered you could race for Team GB in your age group. I was enthralled by this idea despite being slow and with little to no fitness at this point. I found a coach, told him my goal and we got to work. It’s been a long journey and it’s incredible to have finally achieved this goal.

How has triathlon transformed your life? I have learned that anything is possible. I think this mentality is transferable to every other part of my life. If I have to tackle a project at work, at home, with the family, whatever it is, there isn't a problem big enough for me to be intimidated by, or back down from

What advice do you have for anyone looking to make a big life change? Firstly, clearly set and define the target. Figure out what you want to do, and what will you need to do in order to get there. Break down these steps and write it down. Set your goals big, and your steps to getting to that goal small. Make progress often and congratulate yourself. 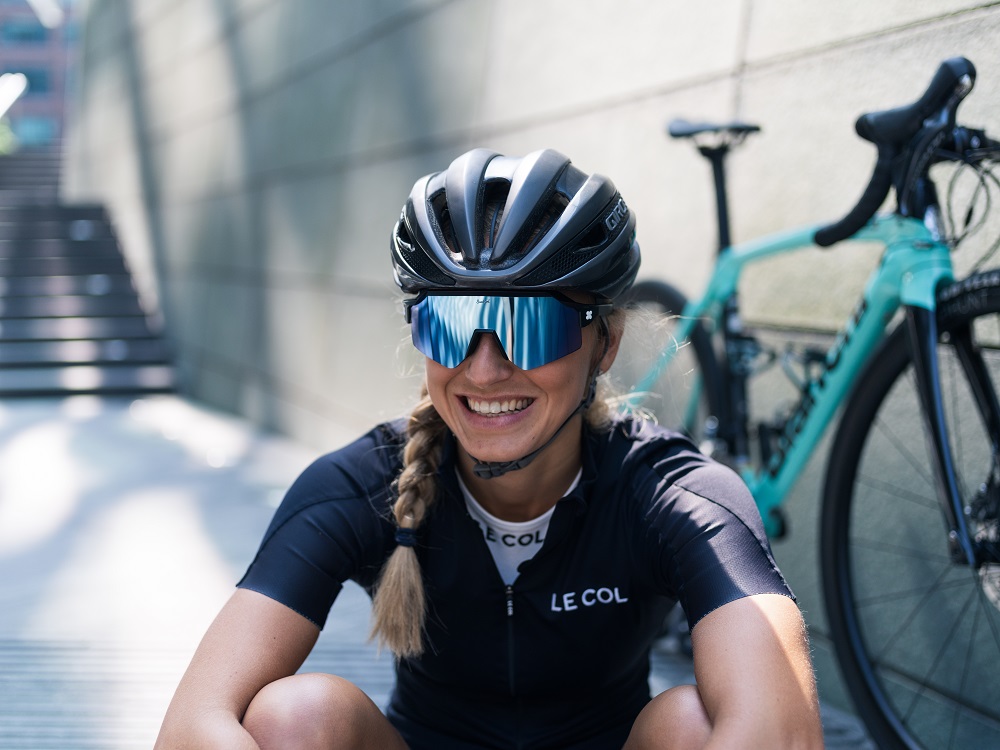 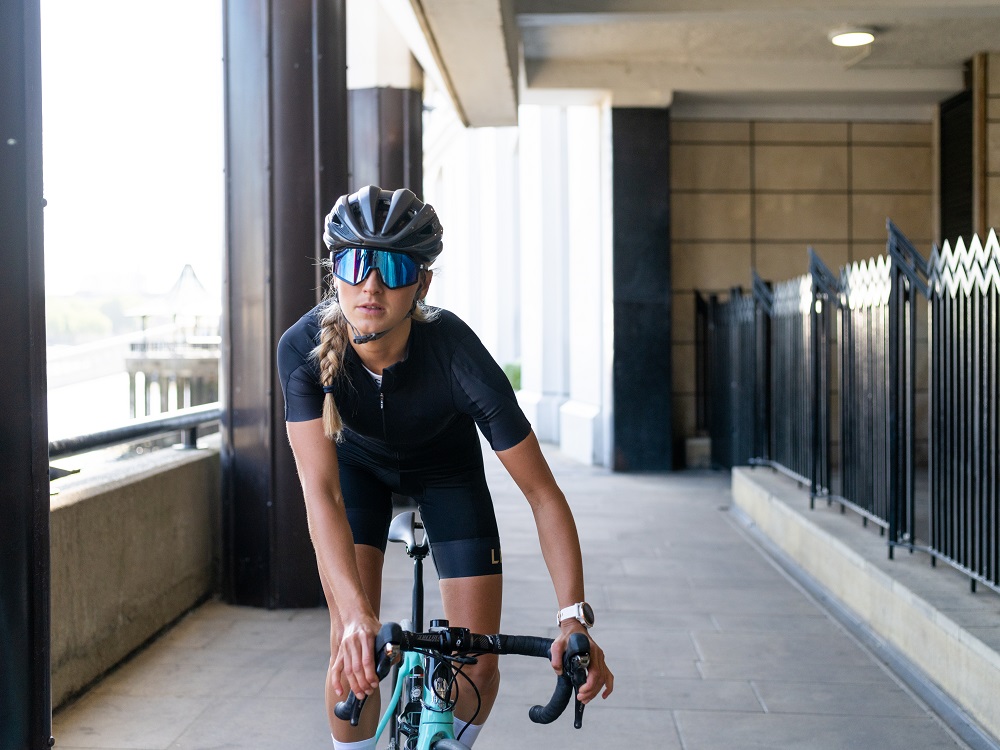 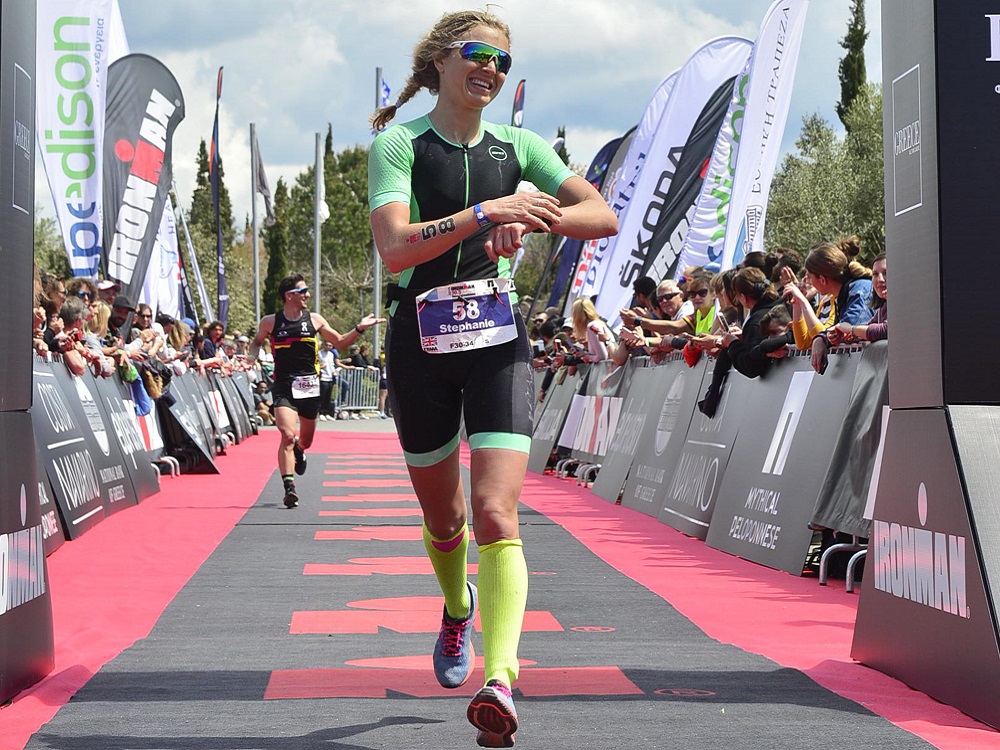 "You just need to be driven, dedicated and motivated. You need to love routine and have a strong mind."

Steph Ede: “I don’t regret a single moment. I have learned so much about myself.”

After spending her winters in the mountains training as a ski instructor, Steph moved back to London where she now works for the sports tech company ‘Let's Do This’. Steph stumbled into triathlon as a way to replace skiing. What began as a means to stay active quickly progressed to something more and last year, Steph placed finished 21st at the Ironman 70.3 World Championships.

How it all began I wasn’t interested at all to start with! In my eyes, cycling was something kids did but I borrowed a bike and went out riding to humor a friend and that was it, I was gone for hours! I bought my first bike and joined a cycling club shortly after, which is how I discovered triathlon.

What happened next? After getting hooked from a few taster sessions, I started training with a coach. It was intimidating at first, but I actually won the first small tri I entered! I continued with the coach and trained as much as I could under him whilst holding down a full-time job. I soon discovered that I was good at the Ironman 70.3 distance and after a few years hard graft, I qualified for the 70.3 World Championships last summer where I placed 21st in my age group - It was incredible.

How has triathlon transformed your life? I love the structure and routine Triathlon has given me. It makes me feel good about myself and hitting targets and goals is what makes me thrive and keeps me motivated in life. My favourite part about racing triathlons has to be running down the finisher stretch and across the red carpet. I literally cannot describe it in words. That finish line feeling is one like no other and it is all yours. No one can take it away from you, and nothing compares to it. Go out there and grab it!

What advice do you have for anyone looking to make a big life change? Don't expect it to happen overnight. Set yourself small targets or goals and work from there. Having a coach was the best decision I made, and training with other people - it's much more fun! 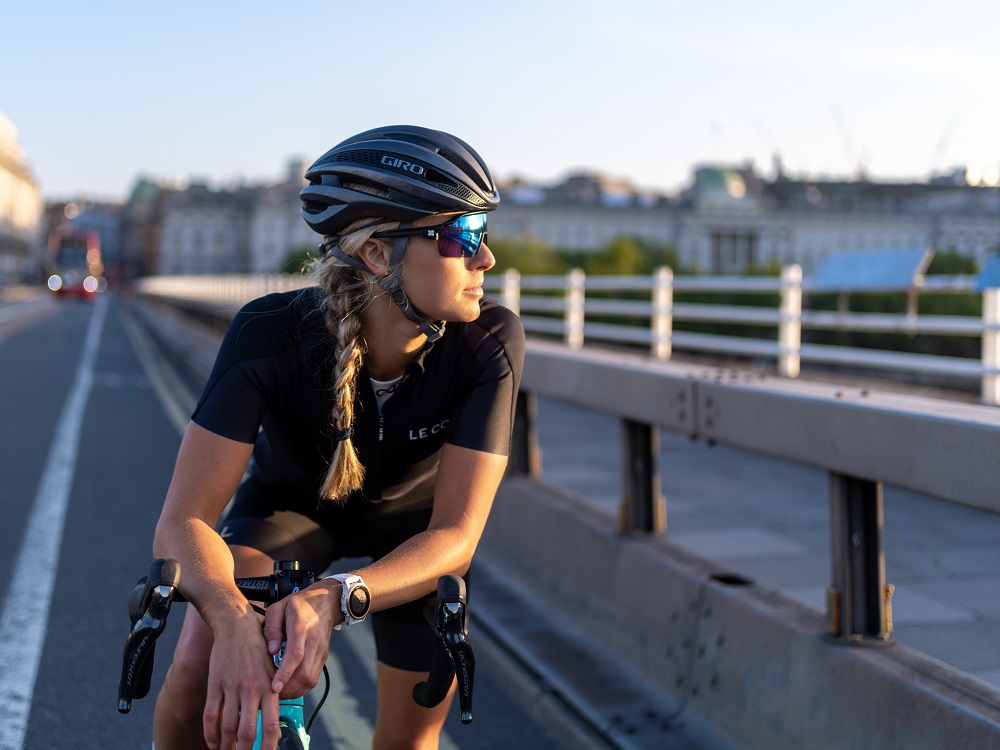 Regardless of your end goal, these inspiring stories prove that sport can be a powerful tool to take your life beyond the realms of what you believed possible. World Champs or not, sport can indirectly benefit so many aspects of life, and with perseverance, there is no end to where it could take you!