The Yukon captures the hearts and imagination of travellers from all over the world. From endless beautiful landscapes to close up encounters with natures wildest animals, it really is one of the few remaining vast wildernesses. On a 3,200-km journey from the river’s source in British Columbia, Canada to it's mouth into the Bering Sea, we share first-hand the experiences of Norwegian adventurer Marius Fuglestad as he lives life along the Yukon! 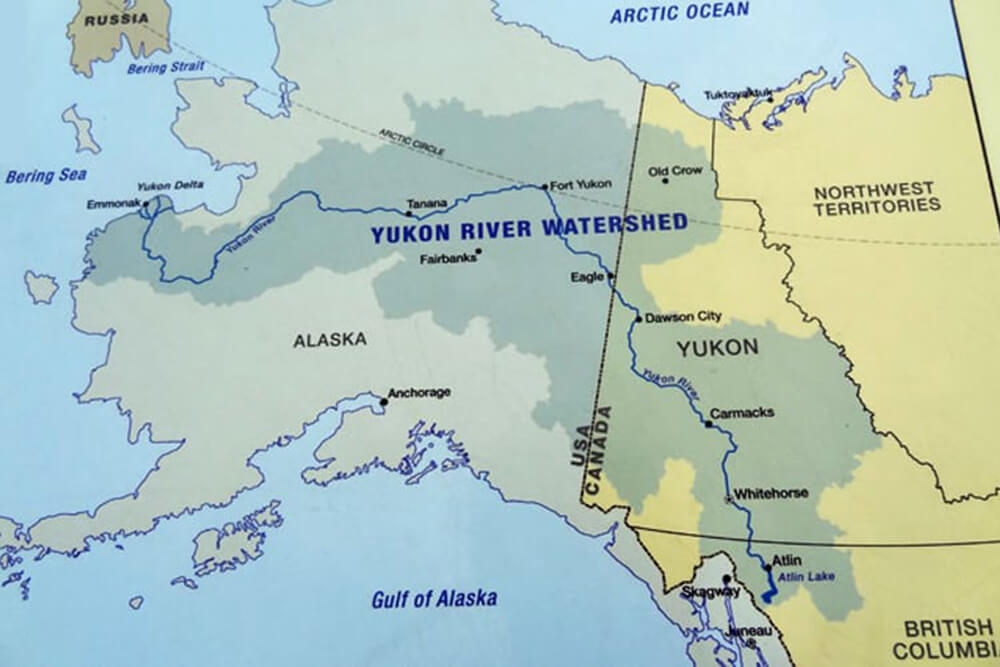 A map showing their route through British Columbia and Alaska.

We planned this adventure for over a year, since May 2016. I wanted to experience one of the world's last wildernesses and have the opportunity to get close to the wildlife along the way. It was simply a boy's dream, a true wildlife adventure. 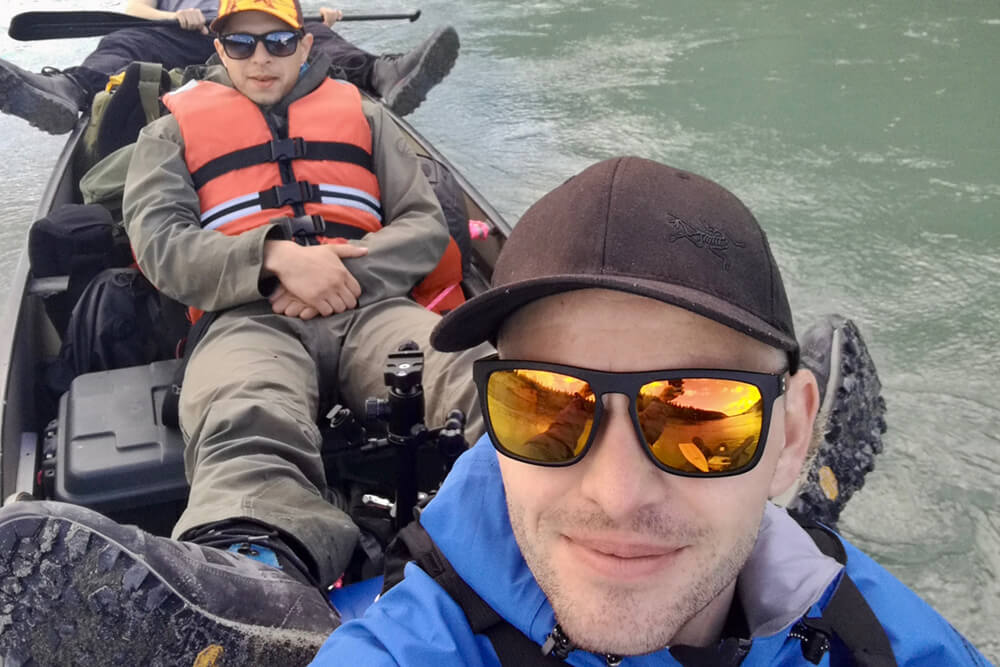 The trio early on in the adventure.

Things had been going quite smoothly until one night we lost the canoe in a storm. Don’t ask how. We had two choices; either get the canoe or end the expedition. An easy decision at the time but a dangerous one. Swimming through the rapids was not only the longest swim (in terms of time) of our lives, but also the coldest. Cancelling the trip was never really an option but at times it felt like we were fighting for survival. Our satellite phone was broken and we were stranded on a deserted sandy island in the middle of the river. In hindsight we did not have an alternative anyway. 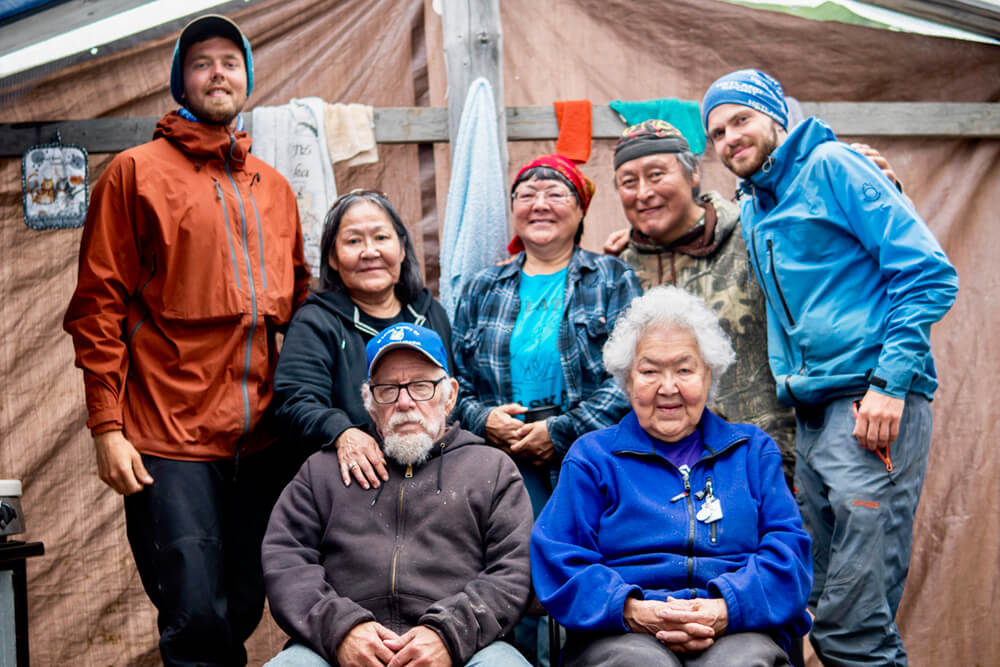 Some natives we met along the way. Experiencing their way of life and connection with nature was truly inspiring.

Fortunately, there were natives in a fishing camp a few miles downriver. They caught sight of us and managed to rescue us at the last minute. Frozen to the core, it took a few hours before we were warm again. A harrowing experience but one we live to tell the tale of. We re-grouped and set off once again. Quickly we learnt (not that we didn’t appreciate this before) the vital importance of teamwork. This was the key to the success of the expedition. We would hardly have finished otherwise. We lived so close to each other around the clock, so it's obvious that teamwork, both physically and mentally, is extremely important for such an expedition. 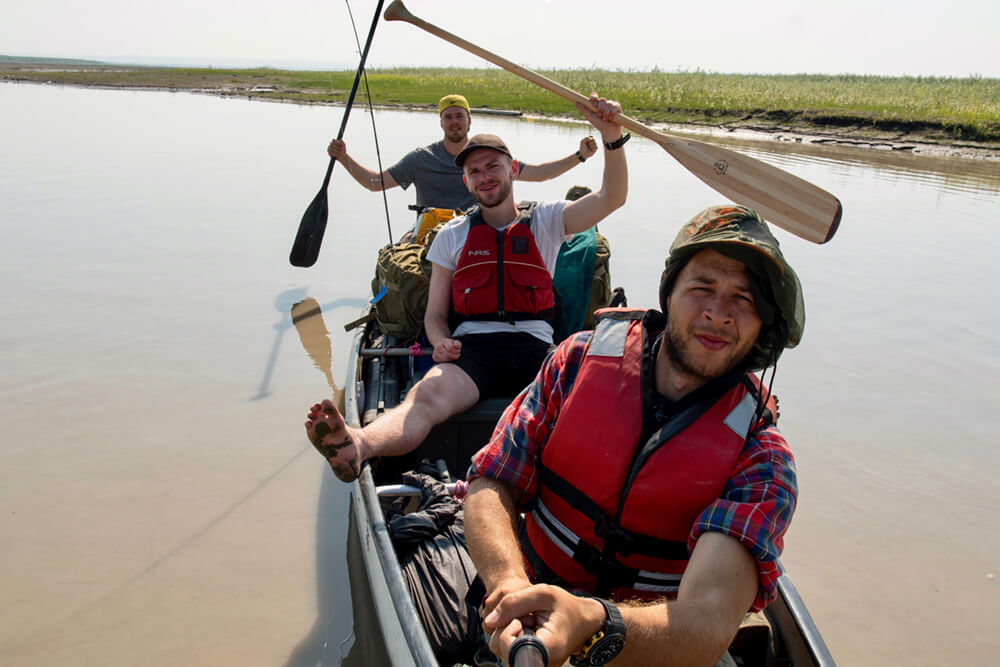 Tired but motivated we pushed through, working as a team to get to the next camp site.

I have no specific favorite places from our journey. The whole trip was a monumental experience in itself. But it's hard not to look back particularly fondly on the lilac site of Nulato. There we met so many nice Indians and natives along the river. It was also here we came across a tributary and caught fish with just our own hands... we felt like bears! On those nights dinner rocked! 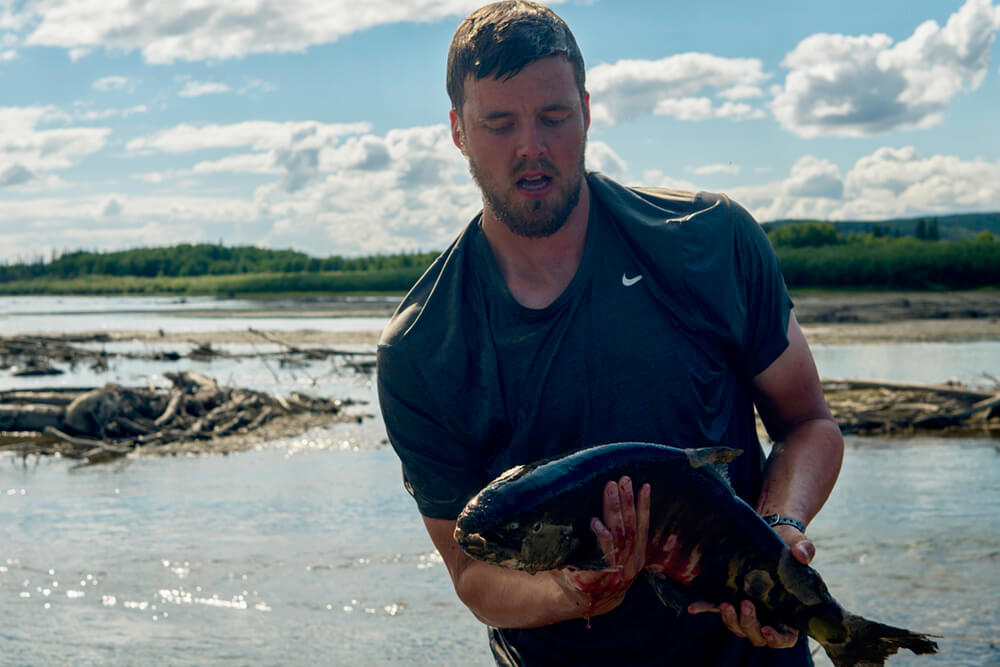 Ivan takes one for the team by catching dinner with his bare hands. 3.3 kg of delicious fresh salmon!

If I had to highlight one experience it would have to be our encounter with wolves... lots of them. We set up camp late that night after a long day on the water. We spotted some elk with their calves and saw an opportunity to get some photos. I found myself alone, separated from the other two... then the unthinkable happened. A wolf came out of the nearby bushes, then one more... and another until I saw and counted over 30 wolves, the nearest was only 10 meters away. Eventually re-united as a group we found ourselves in the middle of wolves hunting the elk. We brought a shotgun so we never felt afraid, just full of awe and adrenaline. This was by far my biggest natural experience ever! Along the way we also saw bears swimming next to the canoe, fishing on the banks of the river just 20 meters away, bald eagles with their eaglets close to camp flying above our fire, clearly curious of our appearance, foxes and moose to name a few. It was like a giant Winter wilderness safari. 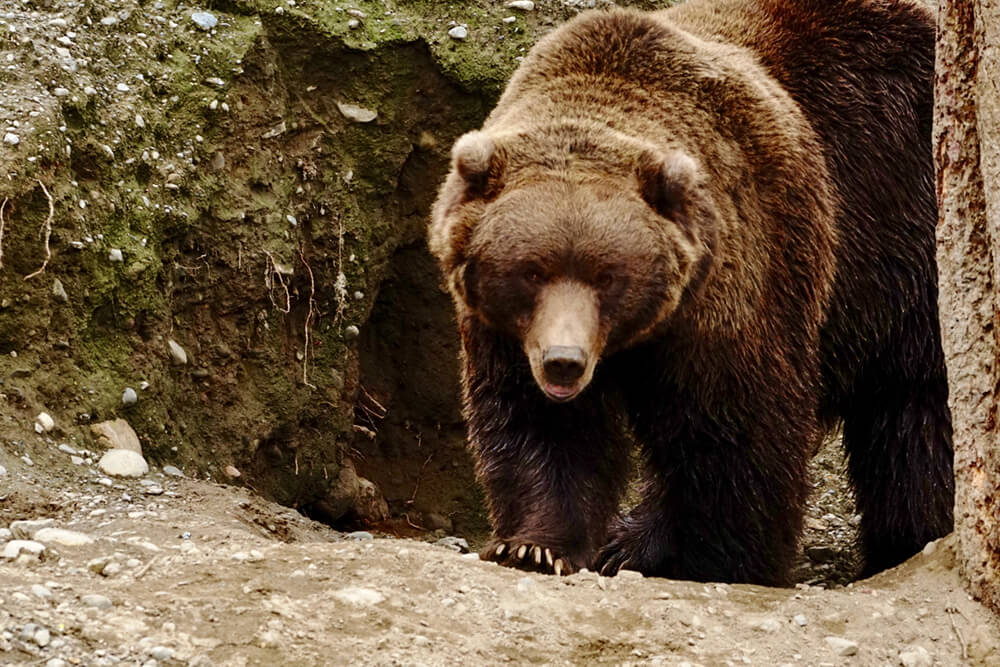 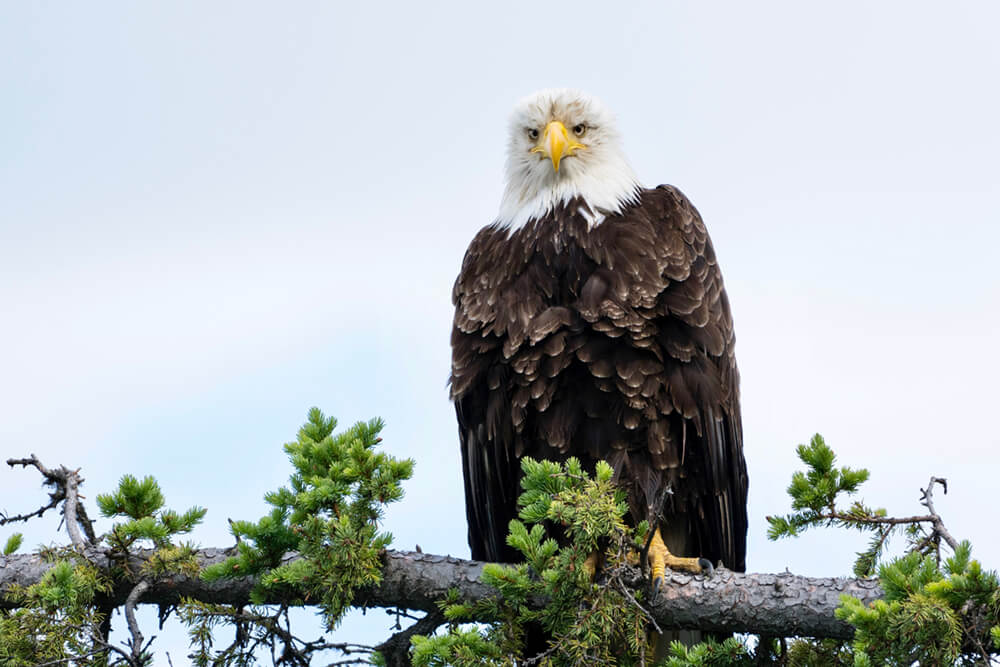 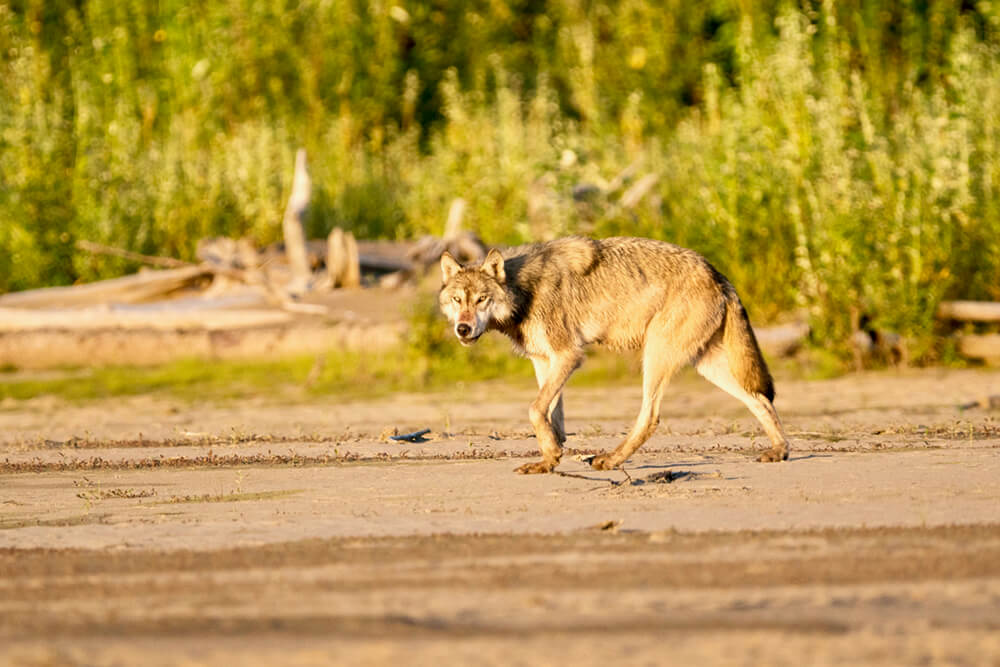 Here are some of the incredible encounters we experienced with wildlife. All spectacular in their own way.

We heard Alaska was bigger and more beautiful than Norway, but we would not have thought that it would be so much bigger. It was like paddling an eternal fjord. 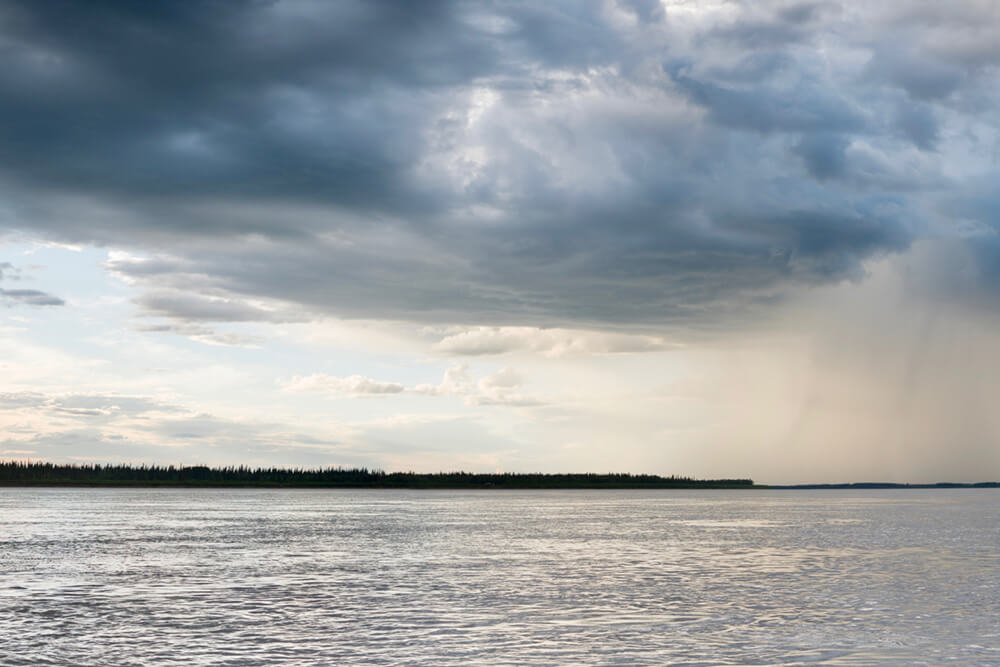 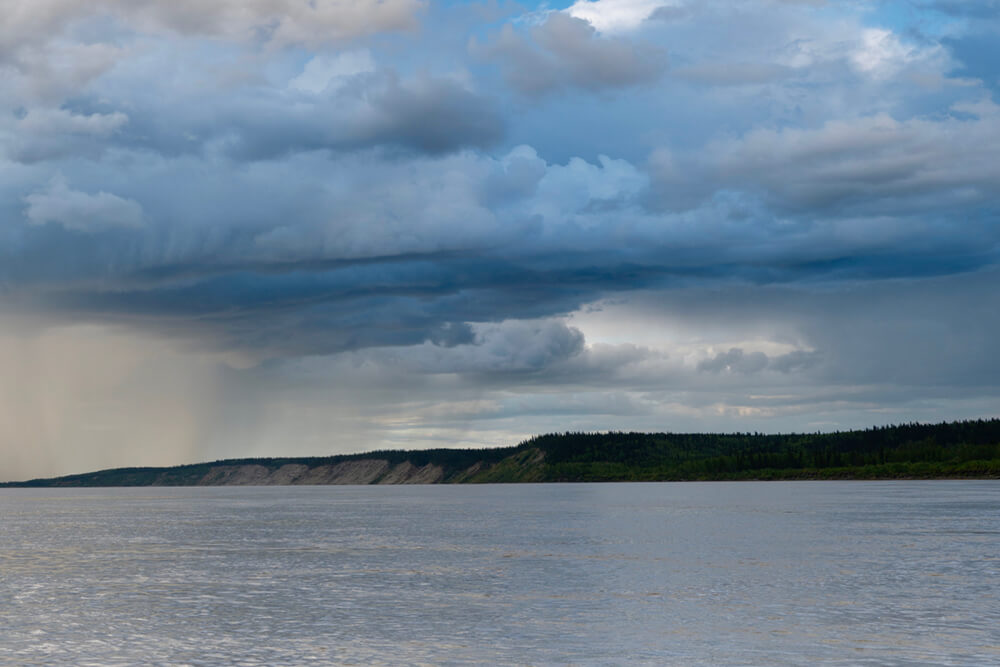 The sheer size of the landscape surrounding us was endlessly overwhelmingly. It put things in perspective.

What's so nice about going on expeditions like this is that you never know exactly what to expect and where the real challenges will lie. This trip was no exception. We had little paddle experience when we started and the first few weeks presented some tricky scenarios we weren’t completely prepared for. Just getting used to controlling the boat efficiently was more difficult than we thought and the long days with no less than 8 hours paddling took its toll physically and mentally. 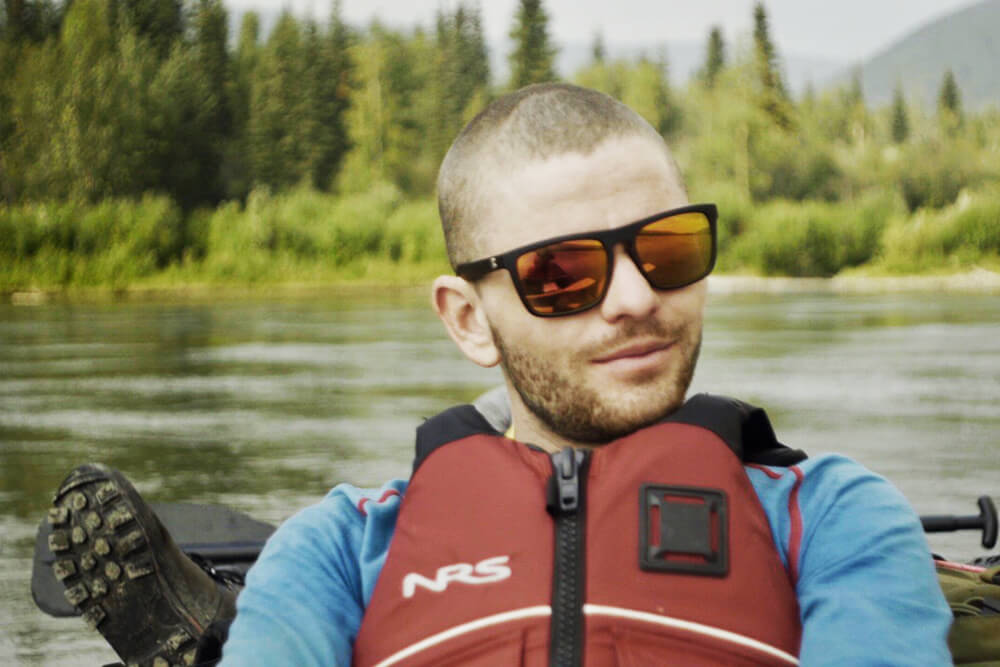 Sometimes we let the river do the work as we drifted downstream using the time to recharge.

The adventure took 52 days. After almost 500 hours canoeing we finally reached the Bering Sea. It was a dream come true and on reflection this expedition taught us many valuable lessons. First, we learned you should not plan your trip in too much detail because the reality was often distant from what we’d envisioned. Second, to choose expedition partners you know very well. This became really apparent during the most testing times when we all needed to pull together for the team. Last, but not least, it is important to live for the moment, embrace the whole experience through the highs and the lows whilst not focusing so much on performance. 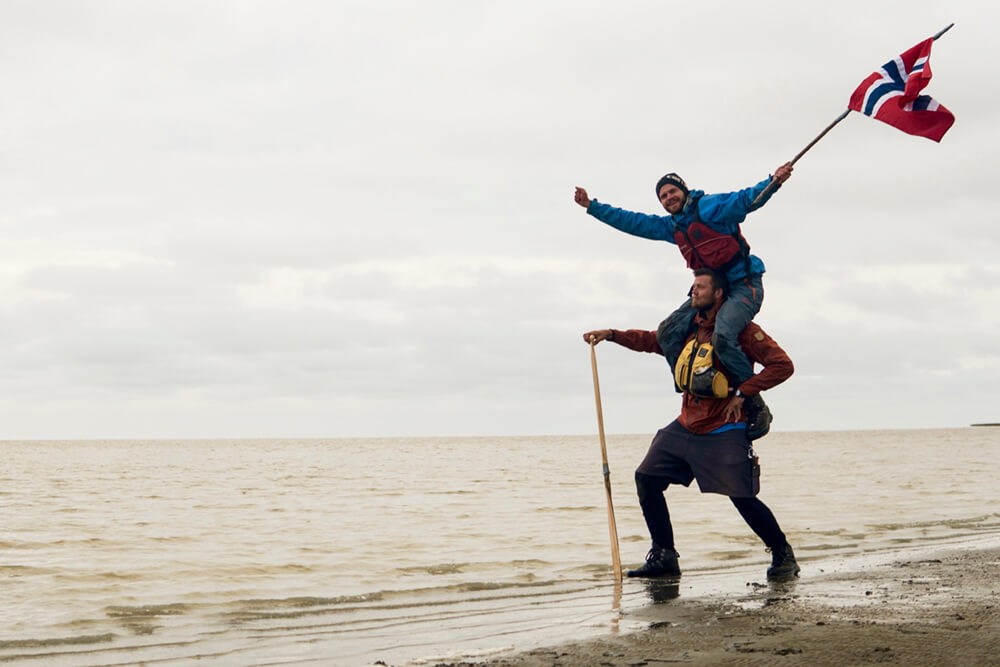 Marius and Ivan celebrate in style at the mouth of the Yukon as the river flows into the Bering Sea. Mission accomplished!

Now I’m looking to the future with the long term goal of being Norway's greatest adventurer. I work towards it every day and I know there’s still so much to accomplish. The next trip will not be until Spring 2018 where I will be trying to set some world records. The planning is taking shape but that’s all I can say for now... Stay tuned!